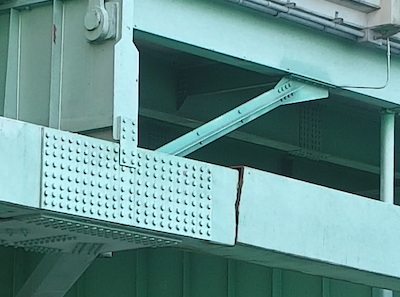 The Arkansas Department of Transportation has begun releasing information in response to Freedom of Information Act requests about the bridge inspector fired for failing to note beam failure in the Interstate 40 bridge and Aaron Sadler, a former journalist now working in media relations who’s an FOI bulldog, has begun pouring out relative parts on his Twitter account.

A copy of the separation report filed May 17 identified the inspector as Monty F. Frazier. A recommendation for the firing said he had failed to follow proper inspection techniques in both 2019 and 2020, a period of time during which the fracture  apparently grew. New photography, not yet confirmed, indicates the fracture may have begun as long ago as 2016. The bridge will be closed for months while repairs are made. 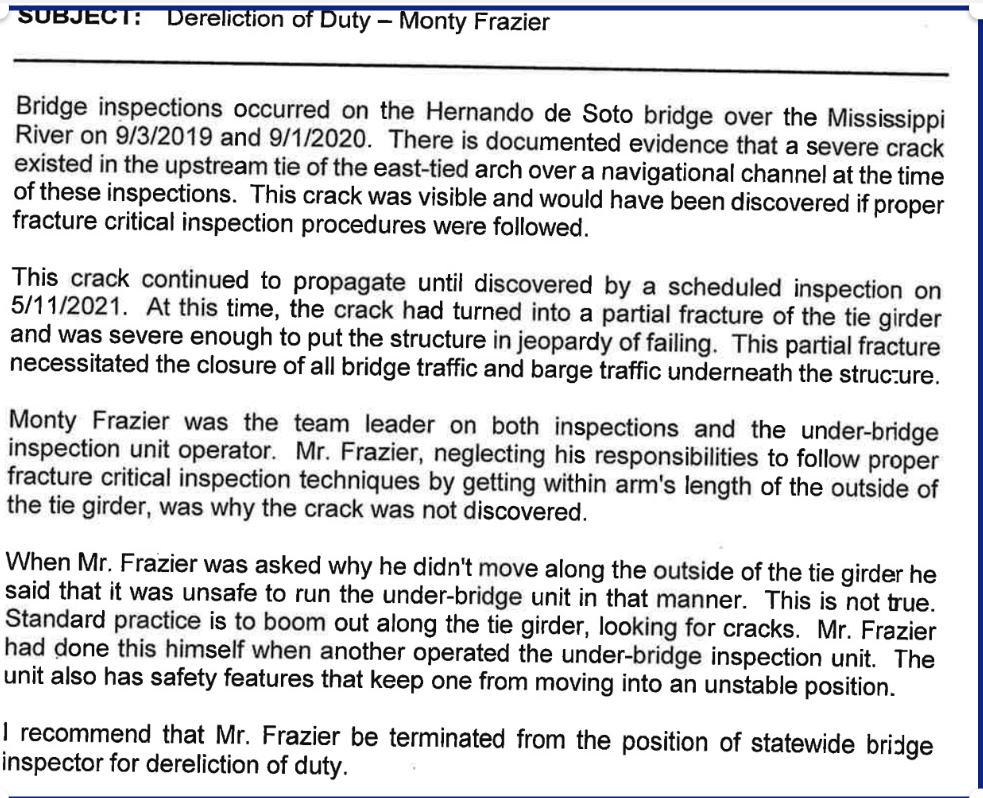 He also found an ARDOT photo of Frazier at work.

Here’s an @myARDOT image of fired bridge inspector Monty Frazier doing an inspection of the new Broadway Bridge over the Arkansas River in 2017 pic.twitter.com/Rt5om9eKgW

Sadler noted this information from talks with bridge inspectors.

ARDOT has said it is continuing to review other potential failures in its process for handling this and other bridge inspections. It has also referred the matter to federal agencies for potential investigation. Material received by Sadler indicated outreach to the FBI and the U.S. attorney’s office by the department’s chief legal counsel, Rita Looney.

UPDATE: Blue Hog Report, another FOI bulldog, has posted this link to all documents received from ARDOT.