Michael Wickline’s detailed reporting on the extension of a fat lottery consulting contract with a politically connected firm deserves some distillation.

Camelot Global Services — a consultant that has long benefitted from an association with Republican lobbyists Bill Vickery, Mitchell Lowe, John Burris and others — was approved by the legislature yesterday for another one-year deal worth up to $1.5 million to continue its work advising the Arkansas lottery on how to extract more money from Arkansas gamblers.

Since July 1, 2015, Camelot has been paid $20.69 million. And what does Arkansas have to show for it? Lottery revenue that has essentially shown few meaningful gains since ticket sales began almost 13 years ago, in September 2009. A May snippet is illustrative — $7.9 million in net proceeds for scholarships against $11.1 million in May 2010. Oh, sure, they’ll tell you that gas prices and the pandemic and the moon over Kentucky affect the numbers which otherwise would have been much worse without Camelot’s great assistance.

Truth is, the lottery is pretty well maxed out. Online competition is huge. Casino options have expanded. You can bet the Republican lobbyists won’t advertise that gamblers are better off plugging slot machines at Southland, Oaklawn or Saracen than buying lottery tickets. The lottery take on scratch-off tickets, the most popular item, is 12 percent of the amount gambled, with the lottery players keeping 88 percent. Gamblers get about 93 percent of their money back on casino slots in Arkansas. Careful players can come close to even money on some table games.

Get this on how Camelot proposes to increase the state’s take. By gulling gamblers into making worse bets. They are going to develop another “draw” game, similar to Powerball, in which big jackpots lure more gambling dollars. Problem for gamblers: These games produce a 45 percent profit margin for the house instead of 12 percent. The chance of winning for gamblers thus drops from 88 percent to 55 percent. The lottery has always been for dreamers — particularly poor people — not for mathematicians. This will make it an even emptier dream.

Incidentally, it’s time for my standard mention that scholarship rewards have been made harder to get, particularly for poor and minority students, because of poor revenue. It is also geared to pay less to initial college enrollees, when money is most needed. 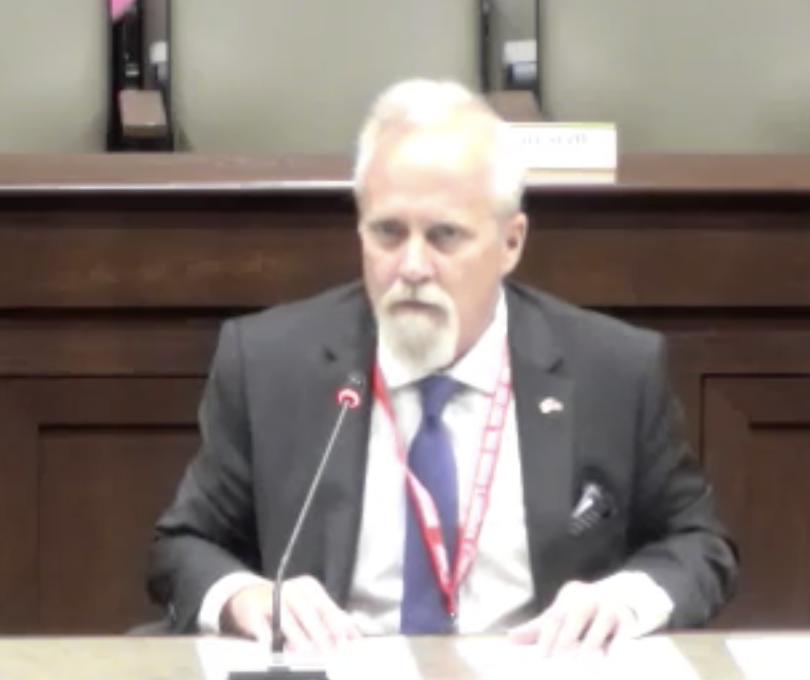 Eric Hagler, the lottery director, inspired little confidence in the accountability department Wednesday in explaining his request that the state purchasing officer approve, in addition to the one-year,$1.5 million deal, an option for a one-year extension. Hagler blamed his procurement coordinator, Eric Brown, for adding that to the lottery’s request. Hagler himself signed the letter asking for that option, which was denied by the state procurement office.

“I apologize,” he said. “It was simply a miscommunication within my own department.”

Maybe he should proofread the letters he signs. I wonder if the lobbying firm, Capitol Advisors Group, knew what the letter said about a contract extension. It was a standard feature in Camelot’s first contracts, entered after Governor Hutchinson engineered a state takeover of the lottery, originally run by a commission.

Hagler said states the size of Arkansas don’t always have consultants as Arkansas does and he considers himself lucky to have Camelot’s help for “value over and above.”