What Kroger giveth, Kroger taketh away. No more 'hero pay'

Max Brantley 5/11/20 10:32am
Kroger is ending its [pandemic pay bonus for workers next Sunday.
Advertisement

It Could Be Worse: John Bolton's ouster as national security advisor makes us safer

Ernest Dumas 10/9/19 10:53am
People have to look for solace and hope wherever they can find them in these scary Trumpist times, and I view my job to be helping their search for peace of mind.

Angie Maxwell 10/9/19 10:47am
By definition, white southern identity is rooted in opposition to something or someone else. Whiteness is meaningless without blackness.
Advertisement

Ernest Dumas 6/28/19 9:42am
Like its federal counterpart, the Arkansas Supreme Court has had a run of ill fortune lately, at least by the lights of founding fathers like Alexander Hamilton, who said public confidence that judges were impartial and free of partisan influence would be vital to preserving the democratic experiment.

Lindsey Millar 6/4/19 11:00am
She's the head of the Arkansas chapter of Moms Demand Action.
Advertisement 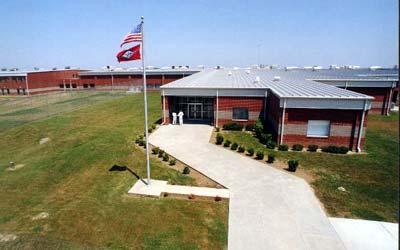 Max Brantley 5/25/19 7:44am
An Arkansas prisoner's Facebook posts trigger investigation and a trip to solitary.

Rebekah Hall Scott 5/3/19 10:58am
At-large City Director Joan Adcock is in her 28th year on the City Board, making her the longest-serving director in Little Rock history.
Advertisement

Rebekah Hall Scott 4/8/19 4:52pm
As City Director of Ward 5, Lance Hines wants to represent the business community’s interests on the city board. Now in his third term as a city director, Hines said he wants to make both residential and retail development easier in Little Rock and increase the city’s revenue by recruiting “one of a kind” retailers to make it a source for “destination shopping.”

Benjamin Hardy 4/3/19 2:54am
The Arkansas House of Representatives narrowly approved a bill to fund the state's Medicaid program on Tuesday, completing legislative action on the appropriation and handing a victory to Governor Hutchinson.
Advertisement 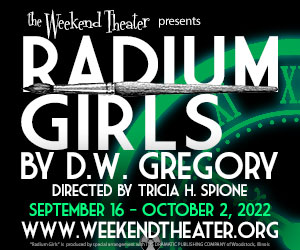 Lewis-Burnett Employment Finders offers a “hand up, not a hand out” after year-long hiatus

Rebekah Hall Scott 3/27/19 6:32pm
Darlene Lewis, 64, founded Lewis-Burnett Employment Finders out of her home in 1987, and in the years since, she’s placed thousands of people in jobs. But for the past year, the agency was closed while Lewis battled colon cancer. As of January 2019, the nonprofit has reopened, and Lewis said it’s in the process of rebuilding, because “when God puts something on your heart to do, then you’ve gotta fulfill that.”

Lundstrum pushes ahead on efforts to limit minimum wage hike

Doris Wright has a 'charge to keep' in Ward 6

Rebekah Hall Scott 3/4/19 9:45pm
Doris Wright, in her 13 years on the city board of directors, has defined herself as a champion of life in West Central Little Rock. She has played a major role in bringing the Central Arkansas Library System’s Sidney S. McMath branch to Ward 6, and with her advocacy, the city built the $6.4 million West Central Community Center and the 25-acre West Central Sports Complex.

Sydne Tursky 2/23/19 10:06pm
Because it’s uncommon for older teenagers in foster care to be adopted, many are emancipated at age 18 or 21 without ever finding a permanent home. In the last state fiscal year, 235 young people “aged out” of the Arkansas system. Too old to be a ward of the state but unprepared to be cast out on their own, they entered adult life highly disadvantaged.