“Man, John Daly really is a big meat and potatoes kind of guy. You know what I mean?” asked Stephen Burrow, executive chef at the new John Daly Steakhouse in downtown Conway, when I wondered what Daly likes on the menu.

And yes, of course, I know what he means.

We are talking about the man who, after winning 1991 PGA Championship as the ninth alternate (he wasn’t even supposed to be there) celebrated by directing his limo to a McDonald’s drive-through.

“I couldn’t cash the check yet,” Daly says in a documentary about his career, “Hit It Hard,” “so I really didn’t have any money.”

That’s a very John Daly story, a defining story, and, as usual, it’s about food.

When you think about mystique, or maybe just the actual identity, of the Dardanelle native — sure, there’s the mullet, kaleidoscopic pants, and even the cigarettes — but

Remember when his coach told him he was too fat to play at the University of Arkansas and he spent two and half months consuming nothing but unsalted popcorn and Jack Daniel’s to lose 67 pounds? Or when, after winning the ’95 British Open, he filled the Claret Jug with chocolate ice cream? Don’t forget that during that entire tournament run in England he’d been in fresh-baked chocolate muffins. “Ate ’em every single day,” he says in the documentary.

Nowadays, you see him online posing in front of Hooters, signing memorabilia. He’s got a Diet Coke in hand. Perhaps he’s holding one of his other famous pleasures: M&M’s (really any chocolate) or alcohol. Which is not to make light of potential alcoholism. But Daly does enjoy drinking — “grip it, rip it and sip it,” is one of his mottos.

What other sports star, without mentioning a brand, would include in a catchphrase the consumption of an alcoholic beverage?

“You throw him a steak or a baked potato, or you know some cheese sticks or something like that — that’s John,” said Burrow, who before joining the winner of this year’s best new restaurant outside of Little Rock was a chef at 42 in the Clinton Presidential Center.

Steak and potato: It’s why we love Daly.

It’s also why in a world of athlete-themed restaurants (Yao Restaurant & Bar, Elway’s, Arnold Palmer’s Restaurant, Vince Young Steakhouse) it made no sense to Sam McFadin, a Conway native who’d made some money in oil and gas, that the John Daly name wasn’t part of a successful one.

McFadin said as much to Daly in 2014 when the two played a round of golf. At the time, Daly was thinking about selling his golf course, Lions Den, in Dardanelle. 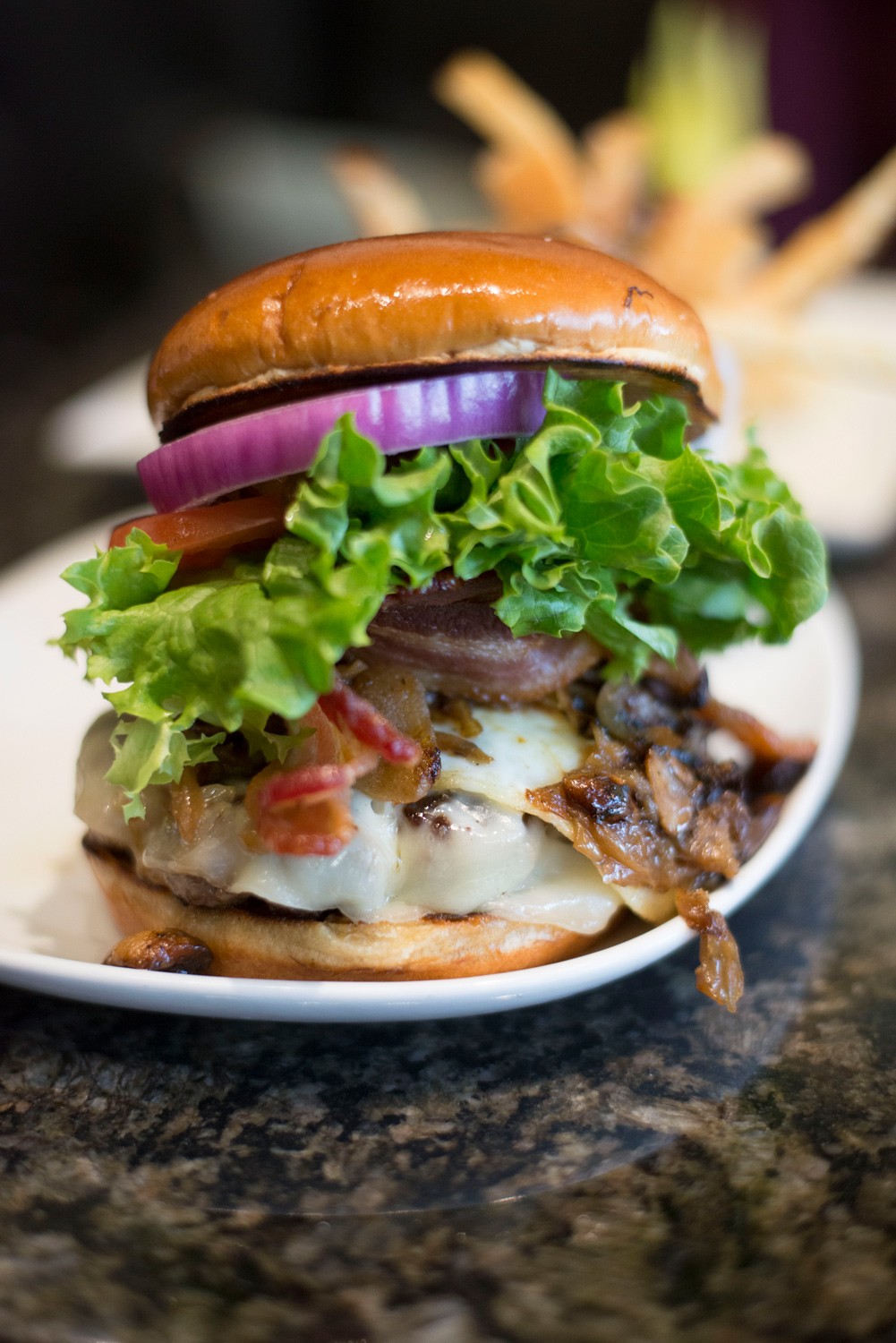 “I sat down with John [after golf] and I was like, look: ‘I don’t have any intentions of ever owning a golf course — it’s just not my cup of tea. To be quite frank, John, I don’t even own golf clubs. But I tell you what I love about you is you’re a real person, you’re a realist. You’ve had , you’ve had great success and you’ve had trials in your life. And people appreciate a real person. … And I think that your legacy is something that always is going to be here and it will always prevail when you’re long gone down the road.’ I asked him: ‘What would you think if I asked you if I could reserve the rights to your name for the entire United States for the restaurant and entertainment business?’ ”

Daly told McFadin he’d tried it before without success. But McFadin promised something different. They’d bonded a bit over a mutual love of the Razorbacks — McFadin played football in 2004 and ’05 for the University of Arkansas before being sidelined by an injury. McFadin promised to work hard.

“I drew up a contract and he signed over his rights to the entertainment and restaurant business and his trademark name to me for the entire United States,” McFadin said.

The steakhouse is the beginning of this bigger John Daly project. Wearing a light white jacket and a button-down shirt, the chic look of the relaxed young entrepreneur, McFadin talks expansion of the brand. “This restaurant is a platform. … We’re looking at Dallas, we’re looking at Las Vegas, we’re looking at Jupiter, Fla., and Phoenix, Ariz.” He’s thinking not just the steakhouse, but bringing Daly’s name to many ventures, most of which he was reluctant to name until they’re closer to completion.

He credits the restaurant’s success to his staff and Daly, not himself. It’s a place “where people can experience a tangible, themed restaurant with real memorabilia. But more of a blue-collar feel,” he said. “Yes, we do have prime meats. But we are not — I repeat, we are not — classified as a white-collar steakhouse. We are a very welcoming, fun, chill, vibrant, playing music, very conversational, great drinks, original drinks of our own, type of restaurant.”

The Times‘ photographer and I split two items we were told Daly himself would order: a burger and the massive chicken-fried steak. They were both delicious. “Our menu is actually sculpted around John Daly’s appetite,” McFadin explained. I didn’t go full Daly and order a Diet Coke.

Either way, hours later I was still full.