When Newport native and Hendrix College graduate Mary Steenburgen left Arkansas and built a formidable and decades-long acting career, she didn’t just return home often — she spread the gospel, dragging her colleagues back to Arkansas with her for birthday parties and fundraisers. Now, as part of the board of directors for the Arkansas Cinema Society, she’s lending her celebrity to the ACS endeavor, appearing in Filmland’s panel discussions on the beloved absurdist post-apocalypse comedy of which she was a part, “The Last Man on Earth” (RIP), and joining her “Last Man on Earth” colleagues on a comedy panel and for a discussion after a screening of Will Forte’s “MacGruber.”

Because of your connection to (and support of) the Oxford American literary magazine, I once saw you on stage at the adjacent South on Main auctioning off an original lullaby –

Which we made good on!

That night, you sang and played with guitarist Greg Spradlin on this fantastically sultry number inspired by a moment when you and your husband, Ted Danson, found yourself sitting behind Helen Hunt at a concert.

I forgot I did that! I think that’s the one and only time that song’s been performed. I think I called it “Helen Hunt,” but the hook of it was “Everyone should dance like Helen Hunt,” because she was so free at this concert and it was so impressive to me.

Maybe I’m conflating you with a little bit of your character on “Bored to Death,” but I think a lot of people might think of you as being like that: free.

I’d have to make myself do that. I’d wanna do that and it would require me strong-arming my own psyche to do it. And I do that a lot! In fact, getting up there and singing that song is a perfect example of it. I have fought a true and debilitating shyness my whole life, since I was really before I ever made a movie or did any of those things. And I remember my mom saying, “You know, I thought it would get better when you became famous.” And it did not get better. I think I do things sometimes just to scare myself a little bit. Certainly singing that song that night would fall into that category, but for the fact that I was with somebody as talented as Greg, with whom I am not even in the same class of musicianship. But yeah, I believe in scaring myself.

You’re coming to Filmland, in part, to talk about “The Last Man on Earth,” which fans perhaps hoped would go the way of “Brooklyn Nine-Nine” and get picked up elsewhere after it was on Fox.

I know! We’re heartsick about it. So we’re sort of having a series of funerals for it.

It’s no wonder; there are viruses and astronauts, but it’s approached with this absurdism and lightness that sci-fi-ish plots often don’t get right.

What drew you to this project in particular?

Well, to be honest with you, I got a call from my manager who said, “You’re being offered a show for FOX,” and I thought [laughs], “Well, there’s probably no way I’m gonna do it.” And she said, “There’s no part, but they’ll create a part for you,” and that really made me think I wouldn’t do it. I learned a long time ago that I don’t actually like it when people create parts for me. My job is to take the words and hopefully make them live and breathe, and not me, Mary. The one time this did work was “Justified,” when I did the villain on the last season of “Justified;” Graham [Yost] and I had long conversations about her before it was really written, and then it was lovely.

Anyway, so I said, “Well, there’s no part there; am I supposed to read something?” And my manager said, “There’s a pilot, and there’s episode, and they’ll screen it for you.” They told me it was Will Forte, and that really interested me because I’ve always been a huge fan of his, and “Nebraska” was so extraordinary. So they put on the pilot episode for us, and about three minutes in, I leaned over and said, “I definitely wanna do this.” It was kind of love at first sight.

The four-year journey was just a journey of creativity. When [characters] Carol and Tandy were gonna get a divorce and they announced it to all of us, during rehearsal they said, “Gah, I wish there were someone playing, like, the Death March or something.” And I said, “Wait, you mean ‘dah, , dah-dah” [sings a snippet of Chopin’s “Sonata No. 2 in B-flat minor,” the so-called “Funeral March”]. But [in the show’s post-apocalyptic environment] we didn’t have any stereos or any electricity, and I said, “Well, I have my accordion in my car. I could probably figure it out.” And they went, “Wait, you play the accordion?!” And I said, “Well, yeah, I mean, I’m trying, and it’s really rudimentary, but I could definitely play that.” And then it became, ‘Well, every time there’s a funeral, Todd has to sing, and you have to play the accordion.’ 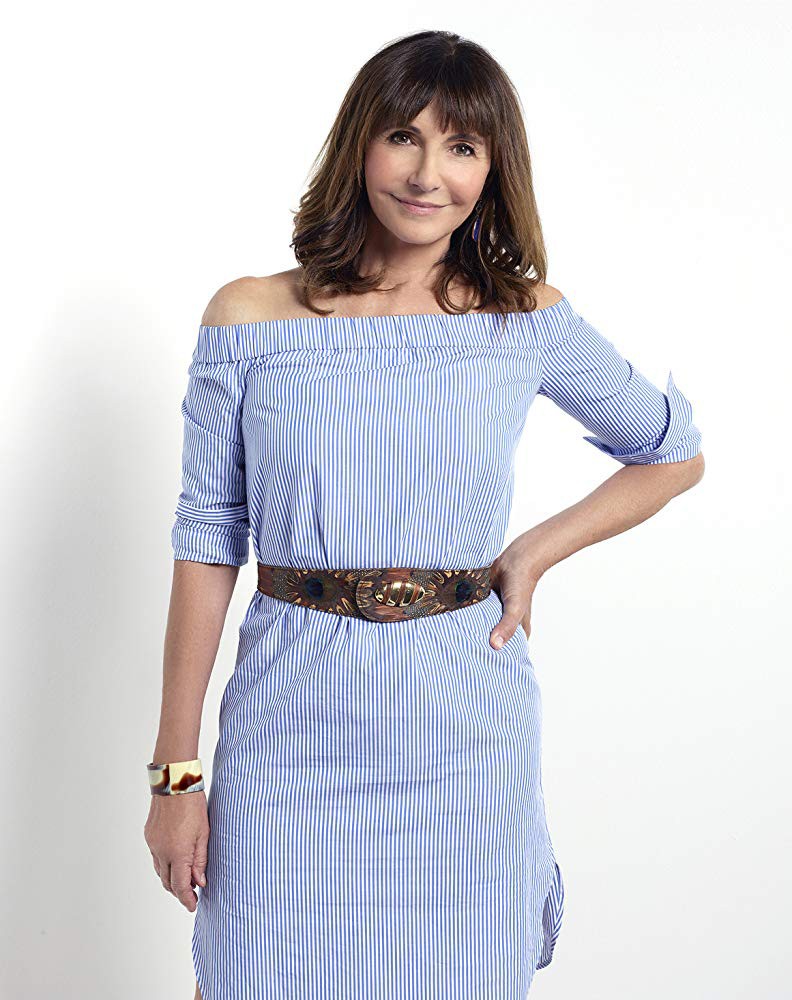 So there was an incredible life to the show that had to do with John Solomon and Will Forte who collaborated so beautifully together, and then they had amazing writers like Rich Blomquist, who’s also coming to [Filmland.] There developed a true love among all of us, a true family thing. We just always had each other’s backs, and cared about each other’s families, and it’s really been hard for us to let go of each other, which is probably one of the reasons they’re literally taking two planes to come to Little Rock, Arkansas, for an event they don’t know very much about. Some of it, I’m sure, is that they’re being sweet to me, but part of it is that there was an unusually intense bond that formed. We went through stuff together. You go through a lot in your life in four years.

Last question: What are your things to do or eat or drink or see when you’re home in Arkansas? Like, what, if anything, do you get homesick for?

Oh, my gosh, I think you can tell by how often I come home that there’s a lot I love and miss. Some of them are very simple things, like lightning bugs and storms and thunder and lightning. Believe it or not, even warm sultry nights. I miss the food. I miss my Aunt Frieda.

In terms of Oxford American, I do miss that literary tradition. I feel like there’s just a sense in the South of poetry that doesn’t exist anywhere else. The things people say, the language of it all. I miss the sound of the accents.

And then I miss very specific things, I suppose, in North Little Rock especially, where I’m from. I’m very close with my sister, Nancy, who I really adore, and she has a place in Heber Springs, so we’re all gonna go ,’ which is something I’d never be doing in L.A. I miss the caring and kindness of people. You know, the fact that people have time for each other there, and to ask about your family. I’m not saying nobody in L.A. does that — if that were true, all these people wouldn’t be coming to Little Rock with me! But it is a faster world. It’s bigger, and it’s more anonymous. You have to work harder at nurturing relationships, just by the mere fact of the size of it. For me to go see Kristen [Schaal] — she lives near my son — it’s an hour drive, even though we both live in L.A.

We’re, of course, thrilled that you’re coming back to Arkansas. And thanks for dragging everyone back with you.

Yes! And can I just say this? I really admire Kathryn Tucker and Jeff Nichols and all the people that are working to nurture filmmaking in Arkansas. When I was young, actors felt like mythological creatures that had nothing to do with my experience of living in Arkansas. They just didn’t feel quite real to me. There was never a thought that I could stay in Arkansas and be an actor. I love the idea that filmmakers like Jeff Nichols and others can make these really wonderful films and use actors and crew from Arkansas. Hopefully, for a whole generation of young people, it will feel like a viable option for them to be a director or a writer or an actor or to be on a crew. I just admire that these guys did more than just talk about creating this. They really have created it.