Living in America means that your chances of going to jail are higher than they’d be anywhere else in the world. “Survivors Guide to Prison,” the 2018 documentary film from producers David and Christina Arquette and director Matthew Cooke, provides those statistics and details the necessary steps to take if you find yourself looking at a prison sentence. It also explores the deep dysfunction in the United States criminal justice system through the tragic stories of real people who experienced it firsthand, including two men who spent decades in prison for crimes they did not commit. The film screens at 7:30 p.m. Saturday, Aug. 25, at CALS Ron Robinson Theater, and a discussion with Cooke and the Arquettes follows.

Can you give a quick summary of what “Survivors Guide to Prison” is about?

David: “Survivors Guide to Prison” is a look at our failed prison system. We follow the experience of three people who are wrongly accused. We tell their story and, through the process, give you tips on what to do if you get since you have more of a chance of going to jail in America than anywhere else in the world.

Christina: Some of the people in the film — like Bruce Lisker, for example, Reggie Cole, Susan Mellen, all of them — spent decades behind bars for murders they did not commit. But what’s interesting about the film is that it doesn’t just talk about the wrongly accused, but about those who did commit crimes and did go to prison, and how they’re treated and how inhumane the conditions are. By the end of the film, we hope to offer up solutions and hope. That’s why, the end, we close the film by saying, “This is not just a film, it’s a movement,” because we hope to get a conversation going.

It’s unusual to hear people who have gone to prison referred to as survivors, as opposed to inmates or prisoners. Could you tell me about the choice to frame it that way?

David: Yeah, exactly. When you say or inmate, it typically dehumanizes them. It takes away the fact that they’re people who have made mistakes. But who among us hasn’t? So, the idea behind that is, you know, you are a survivor if you make it through these terrible conditions. Matthew [Cooke] specifically wanted to identify it that way so that it would bring some empathy.

And saying things like this, we’re not in any way trying to minimize the crimes that people have or the pain that the victims have gone through. But the fact of the matter is that the system is broken. It’s not working.

Christina: Also, statistics-wise, there are over 5,000 jails and prisons in the United States. That’s more than we have colleges and universities. The reason we decided to call people like Reggie Cole a survivor is because he actually had to kill another man while in prison to have his first case even looked at. And when they looked at his first case, they discovered he have been in prison in the first place. So we decided, you know, Reggie really is a real survivor. It wasn’t like a joyous occasion when he was released from prison. He was scared. He didn’t have resources to get himself back where he wanted. He has a daughter, and he’s trying to be a great role model to her and keep himself positive.

You know, it’s just horrific, some of these stories. While I know people that have gone to prison — and David taught an acting class at San Quentin, so that was his personal experience — as a mother or human being not to stand up and say something about a broken, corrupt system like this just doesn’t feel right. So, that’s why we got involved.

Toward the beginning, the film mentions that the average American commits three felonies a day.

Christina: Without even knowing it! Because there are so many laws on the books. Yeah, it’s kind of shocking.

It is shocking. What would you say to someone who might contend that if you don’t commit any crimes, you don’t have anything to worry about? 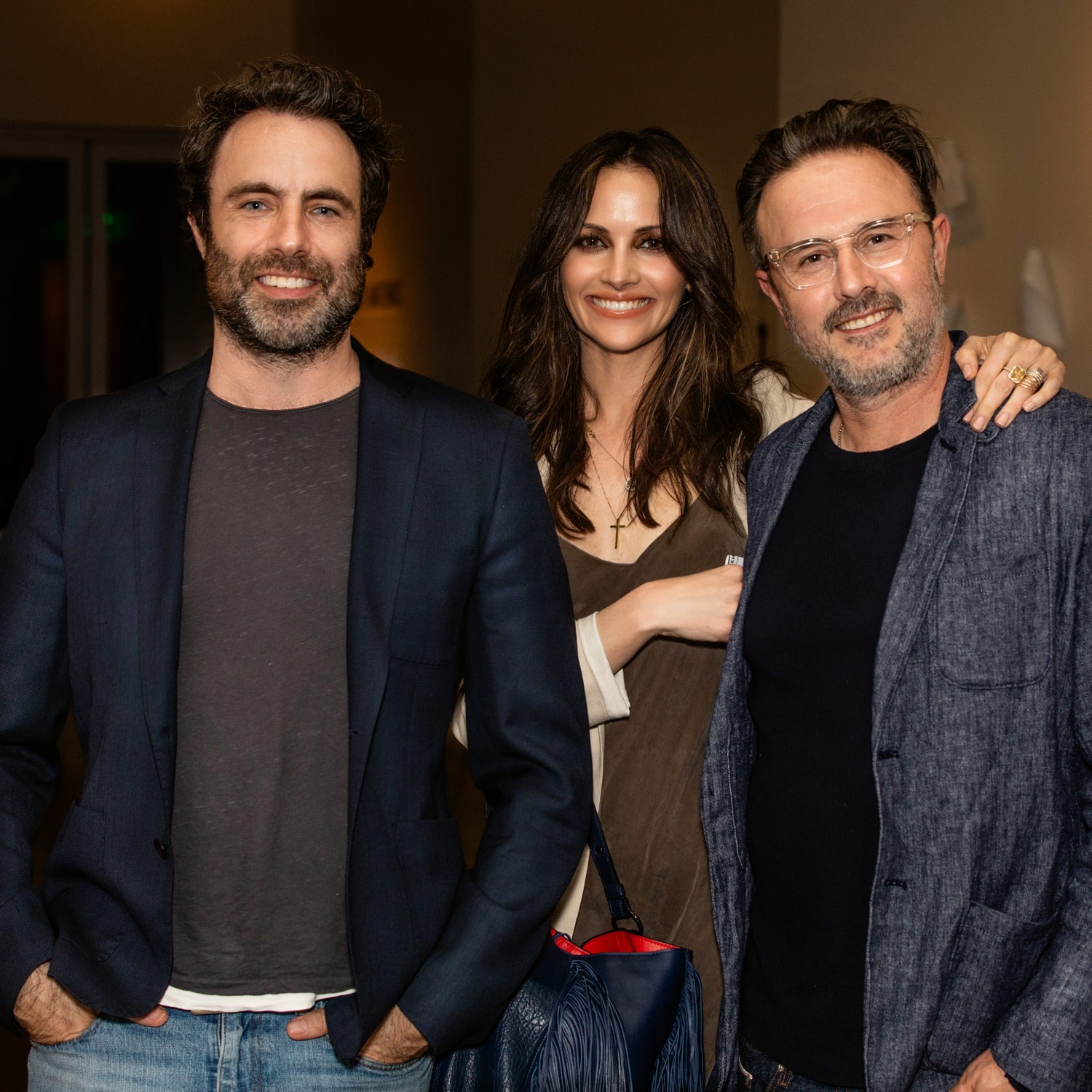 Can David talk about his experience teaching the acting class?

David: I went to San Quentin with Channel, and the people that I was working with were making films about their experience. Short films. It was eye-opening. How hungry for knowledge they were, how excited they were to create. They really got joy out of it.

I mean, that’s part of the process. You have to give people a direction and some self-worth, and we’re such a society of punishment. And the punishment model has been proven not to work. In the we raise our kids, and just in society in general.

It was great working with them. There were also moments where I had them doing an improvisational exercise, and it got a little tough, you know … they’re tough dudes. You don’t want someone to make fun of someone during an acting class and then they get out and really get upset with each other. So it was tricky. But it was a great experience.

If punishment doesn’t work, what does?

David: Rehabilitation, therapy, the arts. When victims of crimes present their experience.

Christina: They’re very hard to execute. But you see them in the film; you’ll see a mother who lost her son to a violent crime, and she’s speaking to a group of men and women who committed crimes very similar. There’s a healing process that happens between the victim and the offender, and that healing process has proven to be incredibly effective and is one of the many programs that we discuss. There’s all sorts of things — meditation and, like David said, arts and therapy and education.

What are you most proud of about the experience of making the film?

Christina: We did have the chance to take it to Capitol Hill and screen it there. That was pretty unbelievable. We were all just sort of taken aback by that experience.

David: For me, it’s been seeing Christina become a producer on her first film, and she just knocks it out of the park. She was so unbelievable. That was my proudest moment.

Christina: Awww! And now being able to bring it home to Arkansas, that’s really fun, because I’m from Arkansas. It means the world to me. We got to participate in the Bentonville Film Festival — which was an unbelievably well run film festival — and now, to be part of the Arkansas Cinema Society is just really special.

Since the mission of Filmland is to inspire Arkansas filmmakers, do you have any advice for local filmmakers?

David: This whole business ultimately comes down to self-drive. You propel your own career and experience, and it’s full of rejection, but you can’t take it personally. You just have to keep going. What’s great about something like the Arkansas Cinema Society is that it’s community-based, so if you involve people within the community that have been there before, find mentors that you can ask questions, and use the resources within your community — write a script specifically for a location that you know, or cast people that you work with or that are in the film or theater community — it just all comes together when you use those resources.

Christina: When I was a college student, I had a mentor named Dennis Swanson who was really a legend in the television news business, and the greatest piece of advice he ever gave to me was: Never be scared to ask. The worst thing you’re going to hear is ‘no.’ Even to this day, when I email people and I’m kind of like “Oh, I don’t know if I want to ask,” the worst case you’re going to get is “no.” And that’s not that big of a deal. Even if you get a no, there’s always going to be a yes somewhere else.