Exactly 3 miles along state Highway 7 separate Rod’s Pizza Cellar and Grateful Head Pizza Oven & Beer Garden. If you were to walk that line — about an hour on foot on mostly flat terrain, Google Maps tells us — you’d pass Rocky’s Corner, SQZBX Brewery & Pizza Joint and DeLuca’s Pizzeria along the way. Those five joints are adding another identity to the Spa City’s multiple personality: as a pizza town. 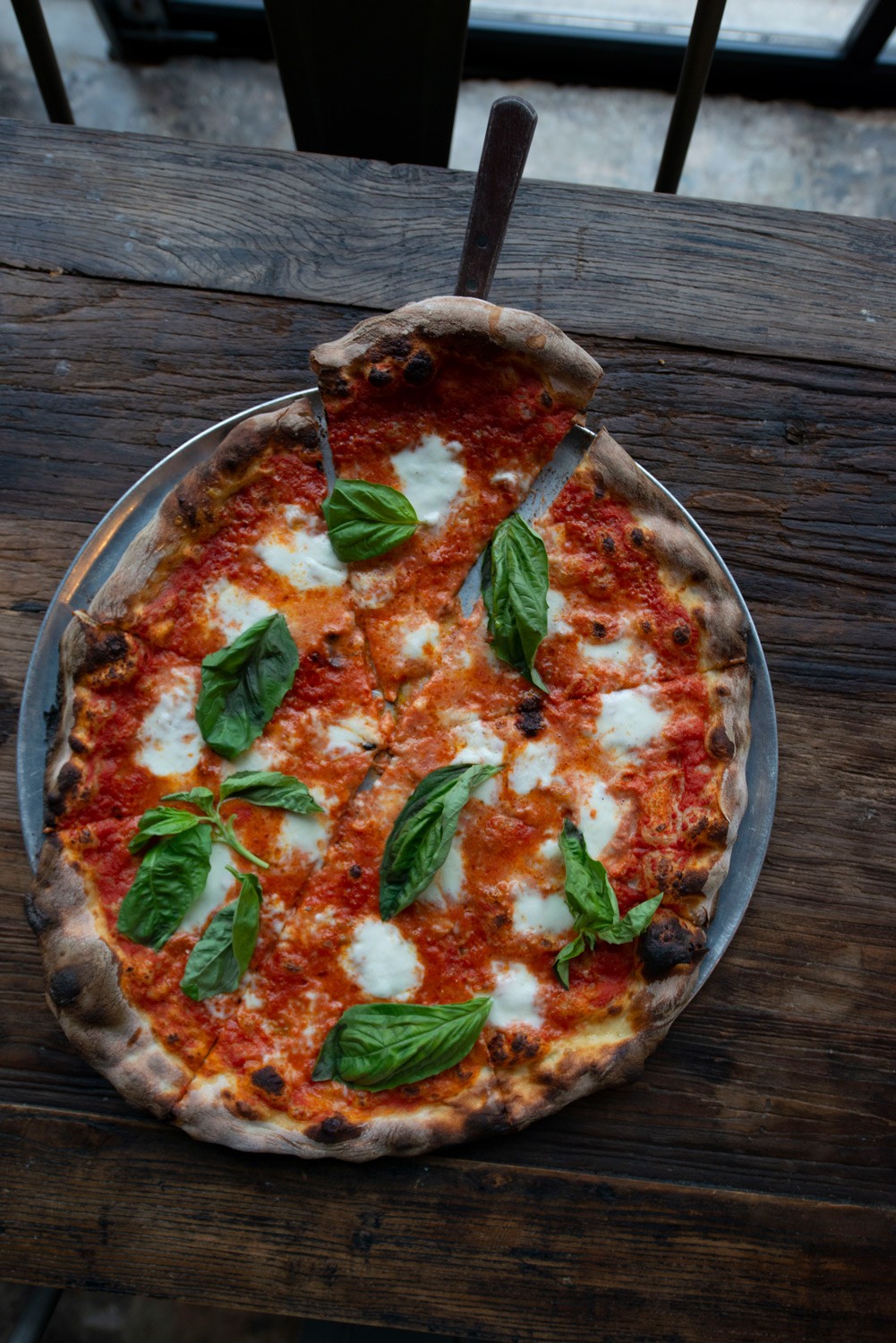 LIKE THE OLD COUNTRY: Anthony Valinoti’s creations at DeLuca’s, like the Mozzarella di Buffala, are the closest you’ll get to Naples on Hot Springs’ Bathhouse Row.

Pizza dough can be as volatile as the stock market, and nobody knows that better than Anthony Valinoti. Fueled by wanderlust both personal and professional, the boisterous former Wall Street broker took some onsite training in Naples and opened a pizzeria in the Park Avenue District of Hot Springs. Valinoti fashioned his recipes after his memories of Brooklyn’s Di Fara Pizza, a spot in a Hasidic Jewish neighborhood he visited as a child. It caught on — big. Since last fall, Valinoti’s Napoletana charred-crust pies, antipasto, cannoli and salads have taken up residence in a primo spot on Central Avenue. It’s not the cheapest pie in town, and it’s sold a scant four days a week, but some things are worth going to a little trouble for.

This offshoot of Grateful Head’s original location in Hochatown, Okla., would be worth seeing even if you didn’t eat a bite. Just off Bathhouse Row on Exchange Street, a labyrinthian courtyard networks a web of pavilions and pathways alongside the wooded cliffs of Hot Springs National Park. Inside, the building is similarly maze-like; tiny rooms with low ceilings and winding stairways link the upstairs bar and dining room to a lower floor that feels as much a speakeasy as a pizzeria, with sections of tiled wall, a lusty mural of barely clad women among nests of ferns, stained glass light fixtures and decorative nods to both Captain Trips and old Hot Springs. Craft beers from Spa City breweries like Superior Bathhouse Brewery and Bubba’s Brews are routinely on tap rotation, and the pizza is solid, brawny bar fare. 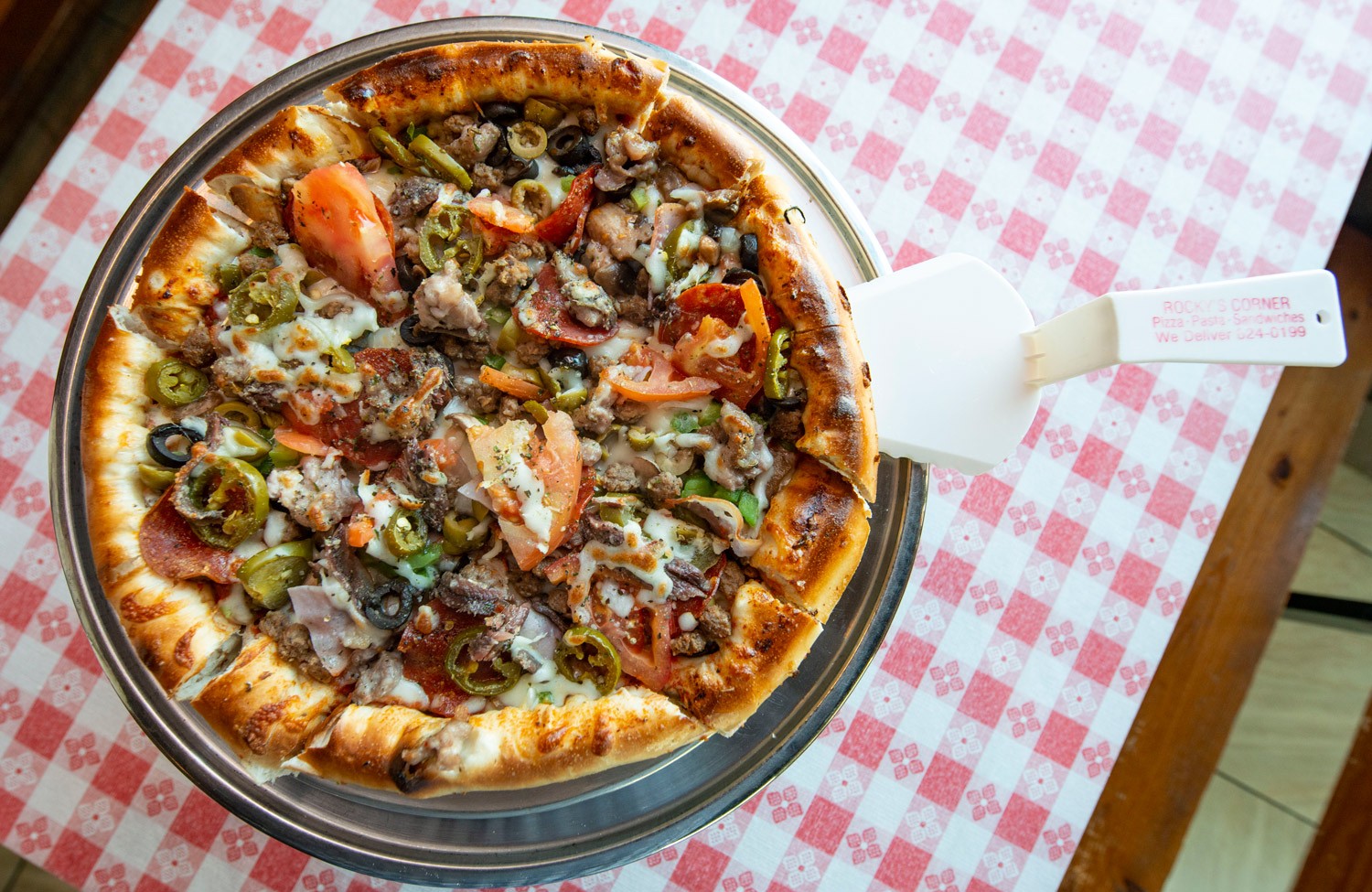 Rocky’s Corner is about as unpretentious as they come, and the fact that it sits directly across Central Avenue from Oaklawn Racing & Gaming — and has since 1982 — makes for some first-rate people-watching. Sunburned daytrippers in flip-flops and quick-dry swim trunks stagger in the front door from Lake Hamilton. Oaklawn-burned gamblers sidle up to the bar in the back, their winnings more commensurate with a celebratory pitcher of Bud than a cucumber martini at The Waters Hotel. (On a recent visit, our basket of chicken wings — don’t knock ’em ’til you try ’em — were consumed to the shrill soundtrack of day-drunk, giggling barflies, one of whom had evidently scored some portable source of helium.) The beer at Rocky’s is consistently a perfect icy cold, and the Italian beef sandwiches come piping hot, served with hot or sweet peppers and named, like the pizzas, after boxing moves: “The Jab,” “The Upper Cut,” The Right Cross,” “The TKO.” 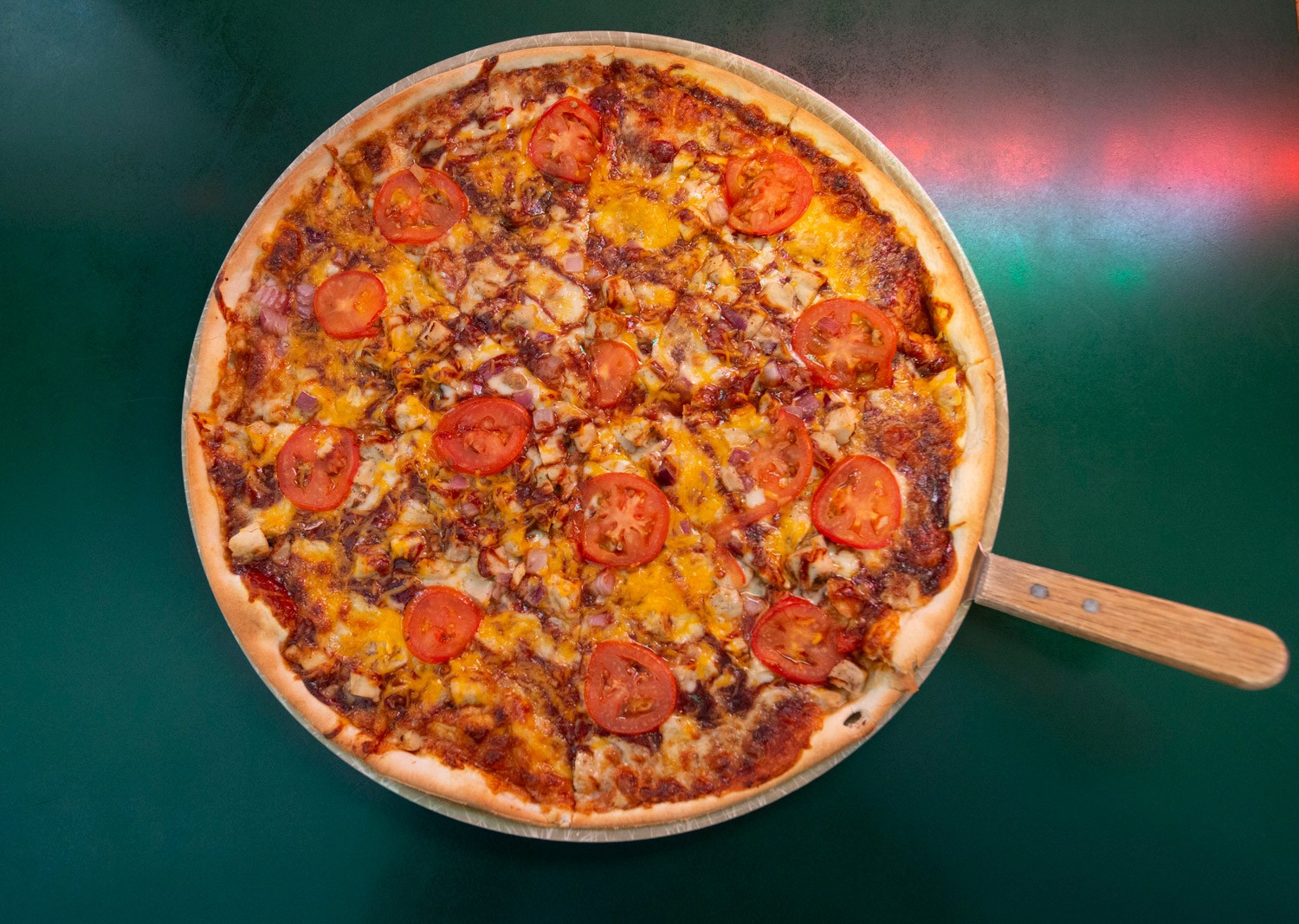 CENTRAL AVENUE WARHORSE: Rod’s Pizza Cellar is a relic and a family affair, serving up such favorites as the BBQ pie.

Like a mulish bastion of ’80s interior decor and wall-mounted televisions, Rod’s Pizza Cellar set up shop on the Fourth of July in 1975 and has maintained a family-friendly following for its “Godfather” deep-dish style pizza, along with meaty menu companions. Boutique pie it is not, but Rod’s fare is sturdy stuff, with small-batch sauces and cheese sliced in-house. This old warhorse’s lunch buffet fills the parking lot on weekdays, and the list of pie varieties — the Leonardo, the Taco Pizza, the Razorbaccio, the Godmother — recall a time when middle America needed their Italian food packaged in fun, recognizable terms, and when mom-and-pop pizza joints in Arkansas were few and far between. 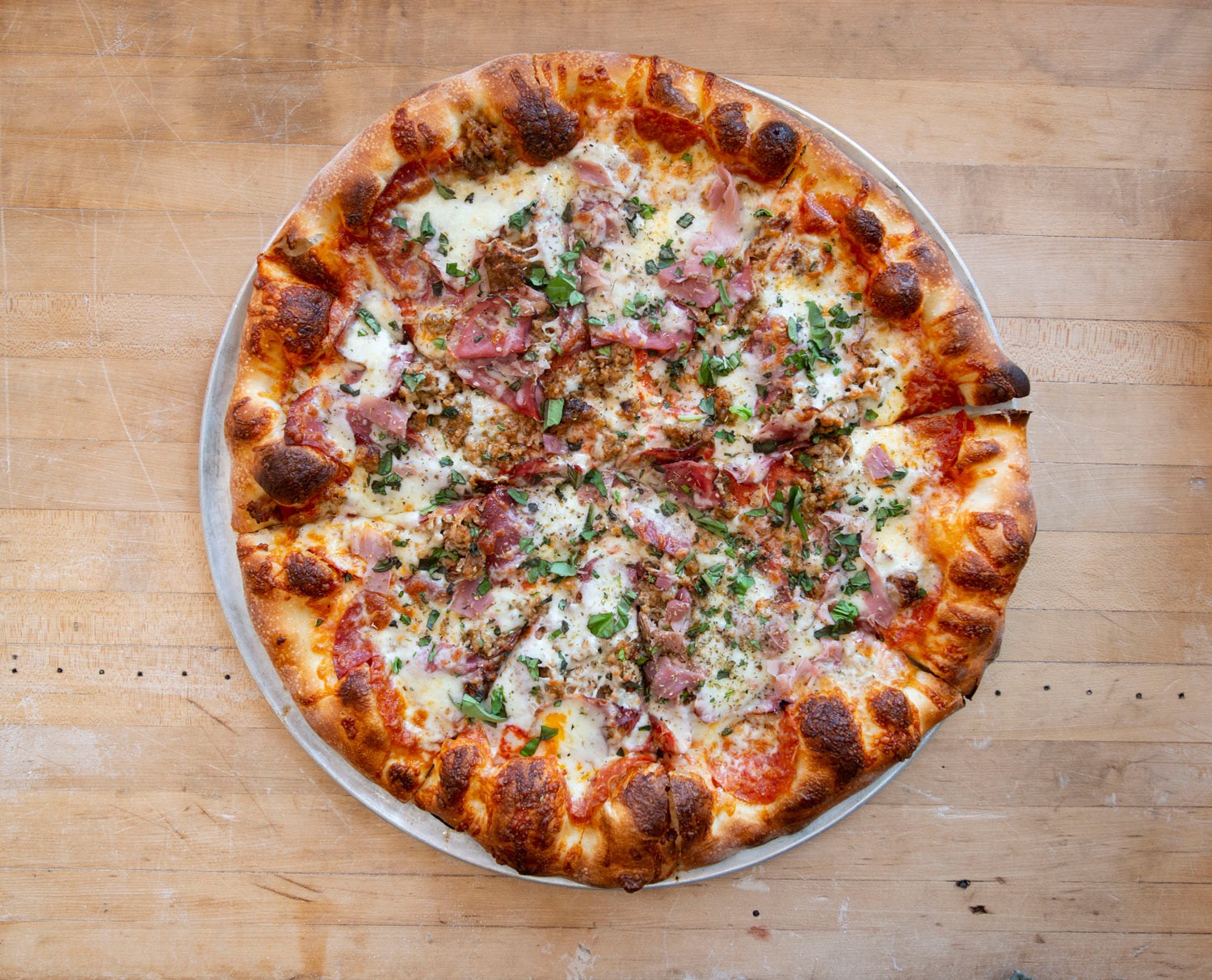 In 2017, Cheryl Roorda and Zachary Smith — the two idiosyncratic halves of the polka duo Itinerant Locals — put aside their helicon and accordion for a few moments to prioritize a new venture: lovingly restoring an old piano shop on Ouachita Avenue and transforming it into a sleek pizzeria and brewery. Sandwiched between the other chapters of Roorda and Smith’s business portfolio — solar-powered community radio station KUHS-FM, 102.5, and the newly spruced-up Starlite Club — SQZBX serves pies for vegans and carnivores alike, sub sandwiches, garlicky bread knots and tank-to-tap beers brewed by Smith in the purist German Reinheitsgebot style (no infusions, no additions). Architectural and stylistic details abound: Giant neon letters spell out SQZBX in the historic spot’s transom windows, offbeat custom glassware serves as brew vessel, and retired accordions and piano parts gesture warmly to the place’s origins.