Arkansas Times Staff 1/30/13 6:00am
When we first asked Gov. Mike Beebe about the "circuit breaker" idea out of Arizona (automatically opting out of Medicaid expansion if the feds reduce the matching rates in the future), he said it was fine but noted that states can already opt out at any time, an assurance he got in writing from the feds.

All in the family

Arkansas Times Staff 1/30/13 6:00am
Old habits die hard. We may have a new Republican majority in the legislature, but like the old Democratic majority, it still doesn't hurt to have a lawmaker spouse to land a part-time job during the legislative session.
Advertisement

Church goes to school in Conway

Arkansas Times Staff 1/23/13 6:00am
An interesting controversy is brewing in Conway Public Schools, periodically a scene of discord as more liberal constituents object to the heavy dose of religion that powerful local churches have tried to inject into the schools, particularly in sex education short on science and long on abstinence.

Arkansas Times Staff 1/16/13 6:00am
Secretary of State Mark Martin has revived a tradition of sending the government's best wishes for a Merry Christmas to the legislature, Congress, Capitol employees and others.
Advertisement

Arkansas Times Staff 1/16/13 6:00am
The Arkansas Times has written a number of times about the ugly situation that would occur if Medicaid expansion doesn't happen: People who make between 100 and 400 percent of the federal poverty level will be getting government subsidies to buy health insurance, but those who fall below 100 percent of FPL who don't qualify for Arkansas's stingy Medicaid program will be left out in the cold.

AG: Not influenced by text messages

Arkansas Times Staff 1/2/13 6:00am
Attorney General Dustin McDaniel insisted Tuesday in a field-all-questions news conference that the potential release of personal text messages in a Garland County homicide case didn't prompt his decision to admit to a past affair with Hot Springs lawyer Andi Davis.
Advertisement

Arkansas Times Staff 12/26/12 6:00am
A statement released Dec. 21 by Paragould Police Chief Todd Stovall suggests that his department may be backing away from its earlier hard-line — and almost certainly unconstitutional — plan that would have allowed officers on patrol in SWAT fatigues and carrying assault rifles to demand the ID of people on the street and arrest anyone who failed to comply.

Arkansas Times Staff 12/19/12 6:00am
The city of Little Rock is negotiating a contract with the Union Rescue Mission to run its outpost for the homeless on Confederate Boulevard, apparently unbothered by the organization's hiring requirements: Only members of "evangelical Christian churches" may apply for the day center jobs, which will be paid with taxpayer dollars.
Advertisement

Arkansas Times Staff 12/12/12 6:00am
The news of the fatal shooting of 67-year-old Little Rock resident Eugene Ellison by Little Rock Police Officer Donna Lesher on Dec. 9, 2010, after an altercation in Ellison's apartment, has jumped the pond.

Arkansas Times Staff 12/5/12 6:00am
Part of the deposition of Little Rock Police Department Officer Donna Lesher, who after a brief struggle shot and killed 67-year-old Eugene Ellison in his apartment near Asher Ave. on Dec. 9, 2010, is now part of the public record as one of the filings in an ongoing federal civil rights lawsuit, and contains some doozies.
Advertisement

Arkansas Times Staff 11/28/12 6:00am
A doctor who leased space from St. Vincent Health in Sherwood sent a letter to his patients informing them that St. Vincent, in a move he called "immoral and unethical," would not renew its lease and that the clinic was moving to North Little Rock.

More dollars for the Chamber

Arkansas Times Staff 11/28/12 6:00am
The City of Little Rock has found a new way to channel taxpayer dollars to private business concerns, with a $100,000 subsidy to Metro Little Rock Alliance, an offshoot of the Little Rock Regional Chamber of Commerce, added to the 2013 budget proposed last week. 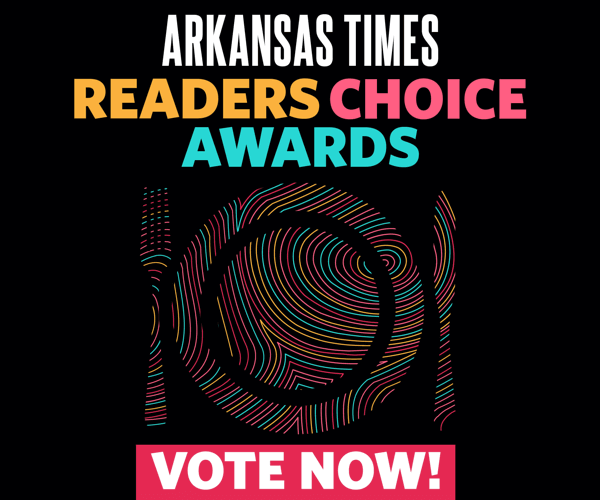 Arkansas Times Staff 11/21/12 12:00pm
Encouraged by positive elections for alcohol sales elsewhere in Arkansas, a drive is underway to make all of Pulaski County open to alcohol sales.

Arkansas Times Staff 11/21/12 6:00am
Fresh off a key role in an 11th hour effort by which a handful of Republicans and the Democratic caucus made Rep. Davy Carter the next House speaker, Rep. John Burris of Harrison is looking to increase his clout in Arkansas Republican Party politics.

Arkansas Times Staff 11/21/12 6:00am
The STAND Foundation — a non-profit founded by State Representative Tracy Steele for the expressed purpose of offering leadership training for young adults in Arkansas — may be looking for a new executive if Steele prevails in his runoff election for North Little Rock mayor against Joe Smith on Tuesday.

The battle for ethics

Arkansas Times Staff 11/7/12 6:00am
Remember Regnat Populus, the committee formed to push an ethics reform law onto the 2012 election ballot? On account of a late start — and a huge failure by a private firm hired to canvass for signatures — the group gave up on making the ballot this year.

Speaking of the Waltons

Arkansas Times Staff 10/31/12 6:00am
Walton money — and that of other wealthy conservative tycoons — has bankrolled a number of organizations working to expand charter schools and other school "choice" programs in Arkansas. One of the newest is A+ Arkansas, which is holding meetings around the state promoting school choice.

Arkansas Times Staff 10/31/12 6:00am
The extreme views of three Republican legislative candidates — Reps. Loy Mauch of Bismarck and Jon Hubbard of Jonesboro and former Rep. Charlie Fuqua of Batesville — have gained international attention as news has spread of their writings.

Arkansas Times Staff 10/24/12 6:00am
The Arkansas Game and Fish Commission may be nearing a decision on selection of a new director. Current director Loren Hitchcock has announced retirement plans (in part because of ongoing turmoil related to the Commission's heavy involvement the Commission take in administrative affairs).
Advertisement
Next page →