From Ayana to Yamada: 21 Arkansas creators who saved 2021

Work by Crawford and Louise Mandumbwa up at Hearne Fine Art

Stephanie Smittle 12/1/21 10:45am
Sterling K. Brown as Scipio A. Jones, the lawyer known for defending 12 Black men in the appeal process following the Elaine Massacre in October 1919.
Advertisement

Postmodern Jukebox at Reynolds Performance Hall in Conway this weekend

Holiday Hangout is on; Christmas is saved

Stephanie Smittle 11/30/21 11:48am
The annual music festival hosted by Last Chance Records, Tree Of Knowledge and the White Water Tavern is back in the flesh, and the lineup is stellar as ever.
Advertisement

Stephanie Smittle 11/30/21 8:58am
A holiday spin on the Sun Records-centered jukebox musical.

Charley Crockett and Summer Dean at The Hall Friday night

Stephanie Smittle 11/29/21 4:29pm
Like many of his predecessors and contemporaries, Crockett’s wont to raise a lyrical middle finger to the trappings of Nashville showbiz even as he’s hailed as its darling.
Advertisement

Unwed Sailor, Or and Sling at Vino's tonight

Stephanie Smittle 11/17/21 11:56am
This collection of three Arkansas artists — photographer Timothy Hursley, sculptor/woodworker Peter Scheidt and documentarian/textile artist James Matthews — is up through January at the Historic Arkansas Museum.

Stephanie Smittle 11/16/21 2:01pm
As seen from Little Rock, the “Frosty Moon” eclipse will begin reddening around 1:18 a.m. and will continue to deepen into the wee hours of Friday morning, reaching its “peak” at 3:02 a.m., when the moon is closest to the center of Earth’s shadow. 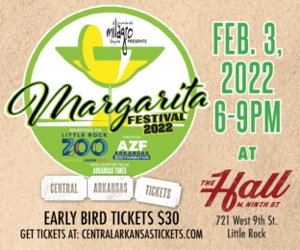