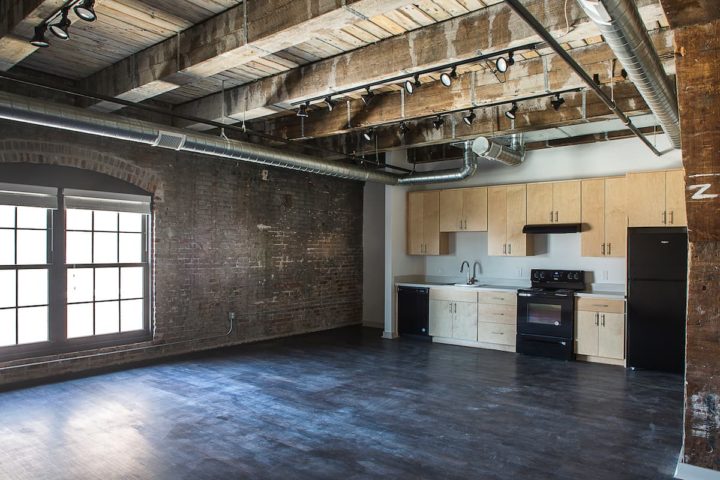 IN MEMPHIS: An apartment in the Main Street Artspace Lofts.

Artspace Projects Inc., a nonprofit that develops affordable spaces for artists and has already met with creatives in four Northwest Arkansas cities, will hold a public meeting in Little Rock to evaluate the needs here.

The Windgate Charitable Foundation invited Artspace to Little Rock; the Arkansas Arts Council and the Mosaic Templars Cultural Center are cohosts. The meeting will be held at the Mosaic Templars, 501 W. Ninth St., from 6:30-9 p.m. Wednesday, July 24. (An earlier version of this post was dated July 23 incorrectly.)

Affordable living spaces are scarce in Central Arkansas, artist or not. In the announcement of the public hearing, Windgate Executive Director Pat Forgy is quoted as saying that creatives in North Little Rock and Little Rock have expressed a need for living and working spaces “for many years. Artspace creates affordable, sustainable spaces for artists and arts organizations. In return, the arts become a more rooted and integral part of our community, which in turns builds social bonds, civic cohesion and economic strength.”

Artspace, headquartered in Minneapolis, concluded in a 210-page report in January on the needs in Northwest Arkansas that recommended developing 100-plus spaces for artists to live and work in Bentonville, Rogers, Springdale and Fayetteville.

Artspace owns and manages 52 such developments across the country. The majority are affordable to households earning at or below 60 percent of the area median income of the city in which they are located. Each dwelling has extra space (100 to 150 square feet) for studio use.

The historic Kramer School at 715 Sherman St. was developed years ago as an artist space, but the owners ran into financial difficulties. It is now operated as market-rate apartments under private ownership.