Jonathan Lethem became famous as a novelist who enshrined the streets of waterfront Brooklyn, first in the 1950s-set literary detective noir “Motherless Brooklyn,” then in the semi-autobiographical “Fortress of Solitude.” He’ll visit the University of Arkansas this fall as one of the school’s 2019-20 McIlroy Family Visiting Professors, but the invitation didn’t come from the school’s English Department; it came from the School of Art. Turns out it’s a world he’s rather comfortable in since he grew up with an avant-garde painter for a father and nearly followed in his footsteps before writing took over when he was 19.

“I feel like I switched mediums but I didn’t switch the underlying approach,” as he explains it. Ahead of Lethem’s visit, we spoke to him about his love of used bookshops — he spent years working in them — gentrification, and what the election of Trump says about us as a society.

First off, I know used bookshops are really important to you.

I still think of myself as a permanent vicarious bookseller who happens to also write the things. That’s how I came of age. I’m embarrassed to say, especially since I’m a professor now, that I was a pretty poor student. I was actually a college dropout, although later I got lucky and made up for that with an honorary thing. But my real education, my real university was used bookstores. I mean, I like new bookstores. They are very good to me when I have a new book out, and I would hardly want to seem like I was dissing them, but there’s something about out-of-print bookshops to me that’s a model of a universe of possibilities. I lost myself in those shelves. I would sell books, I would price books and I would sell them across the counter, but I would also take a lot of them home and read things that weren’t necessarily canonical or being sold/advertised to me at that moment. They just were interesting to me. I just found them.

Those kinds of experiences are still my compass. I love reading things that are just my own personal fascinating eccentric discoveries. I don’t need to be reading the flavor of the month or master all the classics. Although there are a lot of classics I love, in some ways I love obscure writers even more.

You’re coming as a visiting professor in the School of Art, not the English department. I’m wondering how that came about and what you’ll be talking about when you’re here.

I was really delighted to get the invitation. It’s a space, conceptually, that I’m really comfortable with because I was raised in a fine arts household. My dad is a painter. I grew up partly on the Kansas City Art Institute campus, and I like talking to art schools and art students as much as I like talking to writing students because I identify with it and I miss that world. I went to a special high school called the Music and Art High School in New York City for painting. I was making paintings and sculptures all through my teenage years, and even when I went off to college, I thought I was going to continue to be an art student. Somewhere around the age of 19, I switched decisively to wanting to write stories instead. But that part of me feels really connected to what I do. My art school training is as much the answer to the question, “How did I end up spending my life the way I do?” as anything else. I feel like I switched mediums but I didn’t switch the underlying approach. 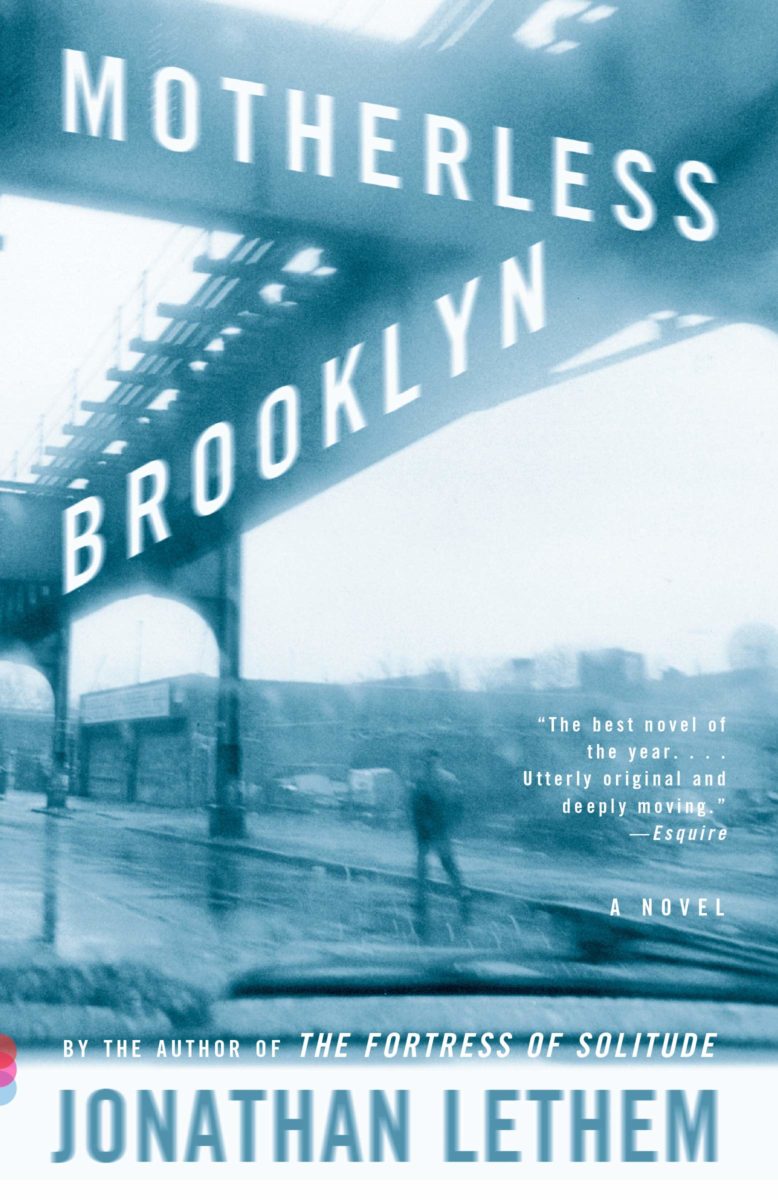 What caused your veering off from visual to writing?

I grew up with my dad painting and I was very lucky. He was very influential. I inherited a certain facility and impressed grown-ups with my drawing and painting really quickly, and that was fun. But there was another appetite that grew out of my environment from my mother’s world. She was a great reader and raconteur. She was a bon vivant and a storyteller, and our world was full of interesting people. New York City as a kid was a fascinating place, and I was such a reader, too. At some point, I hit some kind of limit. There was something else I wanted to express or engage with that took the form of language and narrative. For a little while, I was doing all of the above. I was writing stories and making paintings, and I was also really into film and comic books and mediums that combined visual material with narrative approach, so there was a period in the middle where I thought, well, I’m good at images and I like to make pictures, I think visually, maybe I should be a comic book artist, or maybe I should be a film director. I made some half-assed gestures in that direction.

At some point I think the romance with language took over and I realized that I could say what I wanted to say without the pictures, that I could work in pure language and make the thing I wanted to make. It wasn’t about rejecting one so much as it was falling completely in love with one of the things I was doing.

Brooklyn has seen so much change since you grew up there, since you published “Motherless Brooklyn.” Let’s talk about gentrification.

What happens nowadays has this deliberate velocity to it. There’s a script. Artists move into a few lofts. Squatters take over some semi-abandoned space. Two weeks later there’s a coffee shop and then the real estate agents roll in. Everyone knows what’s coming and it’s sort of spirit-crushing. But I had the weird experience of growing up inside a gentrification that no one was sure was real. It was kind of a laboratory, and that has to do with the relatively low stakes in that neighborhood at that time. There were so many places in New York City that were basically neighborhoods half-thriving-under-the-radar and half-dystopian-abandoned spaces. When I was a kid it was a coin flip whether the police or fire crews would show up if you called them.

I have a permanent ambivalence about that experience. Of course, what we were doing was in a way was a perfectly prototypical model of urban gentrification in the way that it feels so oppressive and systematic now — except it took 30 years, so I got to watch every increment because it was slowed down to a crawl. 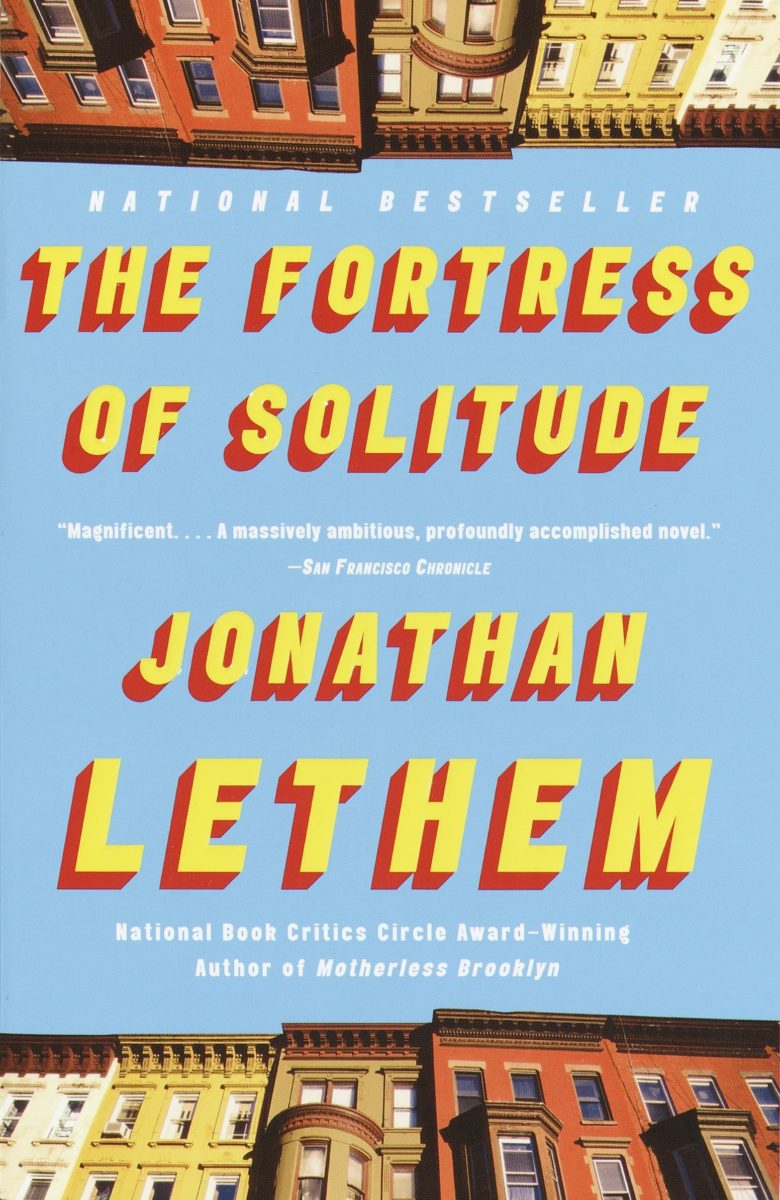 When I started writing “Fortress of Solitude,” I was obsessed with what seemed like an almost indescribable distance between the Brooklyn that was before me in 1999 and the one I’d known as a kid in 1972. But the truth is, from 1999 to now it’s changed even more radically. The power of the money that’s rolled into New York City — and the way it’s transformed and eradicated legacies — it’s just so appalling. It’s like science fiction to me and I don’t even know how to talk about it. The world that seemed so gentrified to me by the ’90s was paltry by comparison. Those people have been chased out now.

I was reading a profile of you in “The Guardian,” not long after the election of Trump, where you’re saying you’re in a “fever to understand the Trump phenomenon.” Have you had any revelations since then?

There are so many ways to approach this. It’s so easy to get transfixed. I think it’s particularly tempting for a New Yorker who grew up with his persona — he was our disaster, clown, joke, bully, before he belonged to everyone else. So it’s very easy to get caught up in being transfixed by the presence of the person and his own tragic mess of having that personality occupying so much space in everyone’s imagination, which is very burdensome. I think the more important analysis or focal point should be: What aspects of this moment [are there] where someone like that can be the president? What information does that have for us about what was already so disastrous, so out of whack, so miscalibrated in our relations to one another in this society that such a thing could be possible? Because I think a lot of what I really feel about 2016 and that moment is that it wasn’t as though some supervillain swept in and wrecked the American story. It’s that something happened that unmasked what was seething under the surface of the American story, so that we were all suddenly unable to keep pretending. Those deep confrontations are very painful. They’re tormenting to contemplate but they’re deeply necessary.