The best documentary films put you in another world. With its short films, the Hot Springs Documentary Film Festival can immerse you in several worlds in a matter of minutes.

Ranging from seven to 21 brisk minutes, Tuesday’s short films took audiences from the Andes to Seoul, making stops at a Quapaw buffalo range and a Guatemalan teen’s cartoon reality in Los Angeles.

Directed by Melissa Kirkendall, “You Are Me And I Am You” began the matinee, placing us in Ecuador and the fight for midwives to receive payment through the country’s (sigh) high quality, low-cost universal health coverage system. It’s anchored by the story of Carmen, who also deals in healing herbs, and who dreams of starting a school to teach her healing arts. She helps organize her fellow midwives, and doctors agree with the value of midwifery. But amid the highs of cinematographer Chad Leathers’s gorgeous drone footage of the countryside, the film ends with the low note that, no, midwifery has not been approved for payment in Ecuador.

“Homegoing” by director Yeon Park is a tale of a couple stuck in pandemic lockdown in the U.S., yearning to be home in South Korea. Meditative shots through windows show a beautiful but distant world beyond the glass. (“TOO SOON,” masked audience members, distanced from one another in Hot Springs’ spacious Arlington Hotel ballroom, might say.) They make it to Seoul without jeopardizing their U.S. green card status, only to find that home has changed from their rosy pre-COVID memories.

“Regeneration of Land and Culture,” about the reintroduction of buffalo onto tribal land and regenerative agricultural practices of the Quapaw, offered a more hopeful note. Directed by Northwest Arkansas-based Brooke Bierhaus, “Regeneration” begins grimly enough with an archival photo of a gargantuan pile of buffalo bones stretching tragically high into the sky, the hunters rendered microscopic next to their sorrowful quarry. Today, branded as the Quapaw Cattle Company, the Quapaw have reintroduced buffalo to their land in Oklahoma (although Arkansas, of course, was the tribe’s original home). The Quapaw also has the first USDA-approved meat processor owned tribally. Buffalo is so important to the Quapaw, there’s one on its flag. In the quip of the day, one interviewee compared buffalo to Walmart: you get everything there. Accompanied by a small entourage, Quapaw Nation Chairman Joseph Byrd – a descendant of Chief Victor Griffin, the last chief of the Quapaw before the nation changed its method of government – was in attendance for the screening. 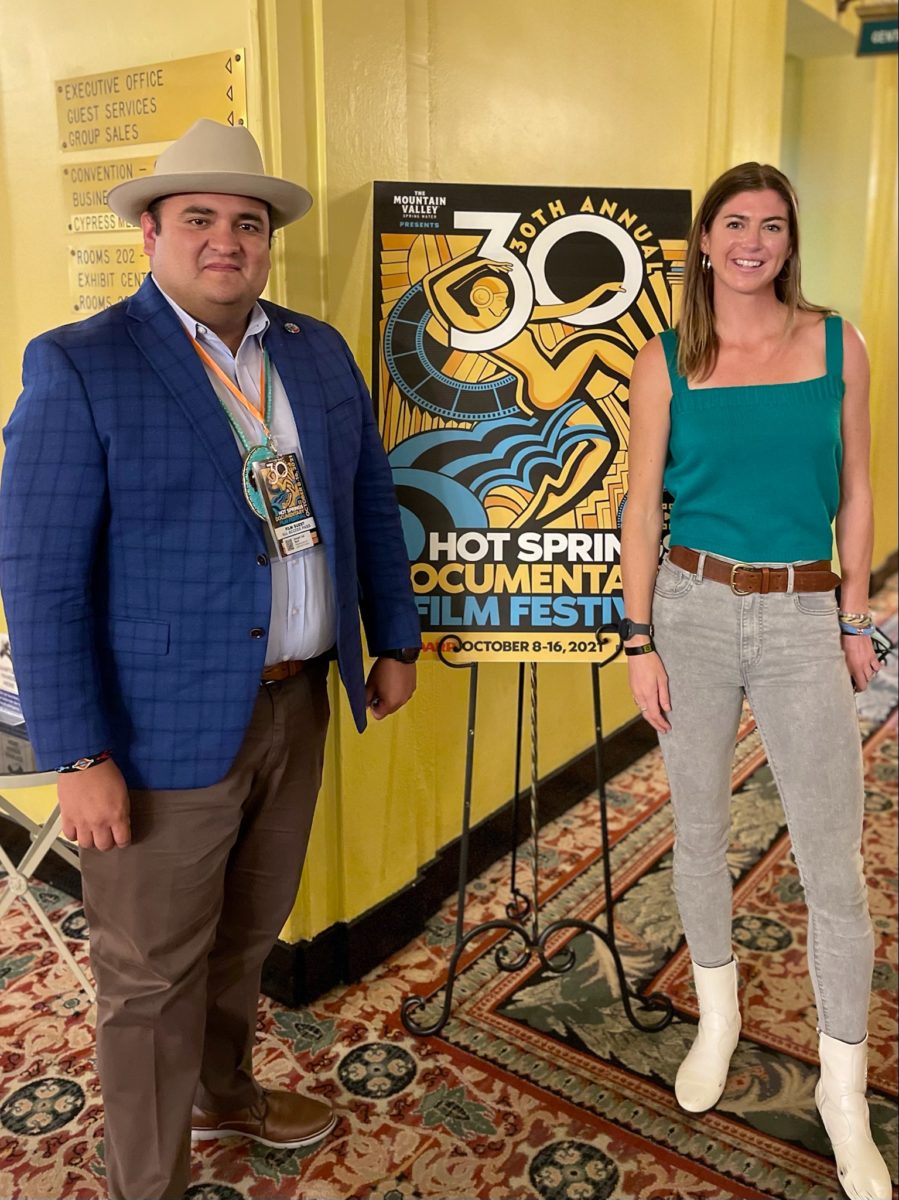 “In The Space You Left” finds director Christine Saab looking for an old friend in Japan who seems to have ghosted the world, seemingly of his own volition. Her motives become increasingly less sympathetic as she parses years-old online scraps and grills acquaintances. The old friend stays elusive even as she finds community in an online group all sadly searching for missing friends and family.

But the heartbreaker of the day was “Since You Arrived, My Heart Stopped Belonging To Me,” directed by Erin Semine Kokdill and concerning an annual bus ride of Central American mothers searching for their missing children. The circumstances and location of the disappearances vary almost to a person. Each mother receives a lanyard with a laminated photo of their child that they display to strangers in hopes someone will recognize their missing child. The effort seems futile even before one mother explains that her daughter’s picture is out of date because she disappeared more than 15 years ago. However, like in “In The Space You Left,” it becomes plain that even loss and grief – perhaps especially loss and grief – can create community.

“To The Future, With Love,” directed by Shaleece Haas, added some needed light to the fare. The life of nonbinary Pixel, living with their (unapproving but not unhappy) Guatemalan immigrant family in a one-bedroom apartment, easily could have been another weeper. But as narrated by Pixel, whatever life throws at you is just a distraction to life’s long game: Love and happiness. The shortest of the afternoon’s offerings at just 7 minutes, and wonderfully animated by Kia Simon and Ri Crawford, it left us wanting more.

From a PBS airing of “To the Future With Love”

Breezy film lengths can help audiences digest less-than-breezy topics, but can also leave them wishing for more resolution – even when the answer is that sometimes things are never resolved at all.