Following a short performance from the Arkansas Symphony Orchestra’s Quapaw Quartet, the organization announced this morning in a press conference at the Clinton Presidential Center that it would be moving from its 25-year home in Byrne Hall to a new facility on the grounds of Heifer International in downtown Little Rock. 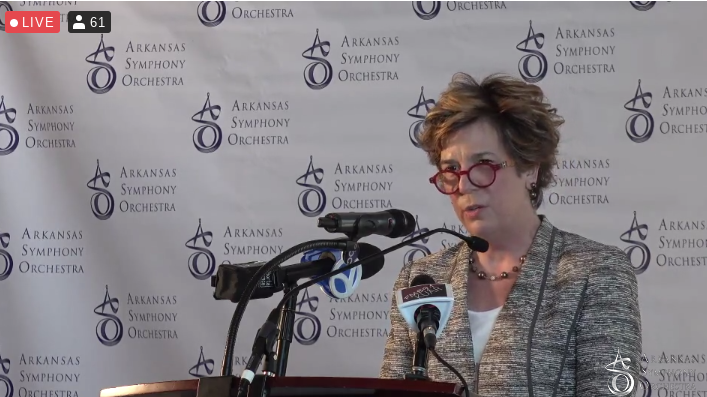 Symphony CEO Christina Littlejohn, noting that the ASO moved into Byrne Hall 25 years ago and that the organization had long outgrown the space, said, “Heifer International suggested that we look at their land, and we found the perfect spot. We found the spot for the new ASO Stella Boyle Smith Music Center.”

Little Rock architecture firm WER (Witsell Evans Rasco Architects) will design the space, and the organization would seek $9 million in funding to build it. Sixty-five percent of that goal has been raised in a capital campaign thus far, Littlejohn said.

A huge emphasis of the programming at the new center, Littlejohn said, will be the growth of the symphony’s education and outreach programs. Programs will be accessible for “bucket bands,” Littlejohn said, and children’s choirs. “People can walk over after work for brass and string performances.” 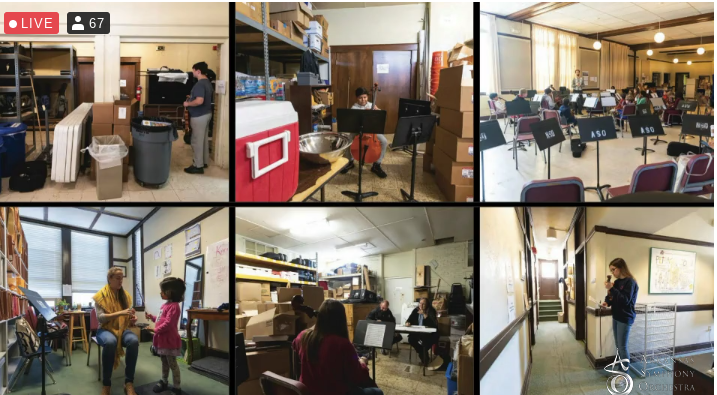 The building will be named after Stella Boyle Smith who, in 1923, founded the group that would become the Arkansas Symphony Orchestra. “In her lifetime,” the symphony’s website says, “she donated more than $2.5 million to organizations in the music and medical fields. Since her death, the Stella Boyle Smith Trust has donated more than $5 million. One of its more recent gifts was the sculpture In the Wings which graces the front of Robinson Center.”

The ASO truly is the central hub for music education in the state of Arkansas,” symphony artistic director Geoffrey Robson said. Noting some acclaimed alumni of the ASO’s education programs, Robson noted, too, the importance of the impact the ASO’s education programs have had in people who did not choose to go into music — medical experts, bankers, teachers in Arkansas — “all making a difference in this community,” and representing some of the ASO’s youngest donors. “They understand their role in keeping the cycle of arts education going,” Robson said. “The interpersonal and social skills that students acquire in our programs is impossible to unlearn, and they take it with them forever.” 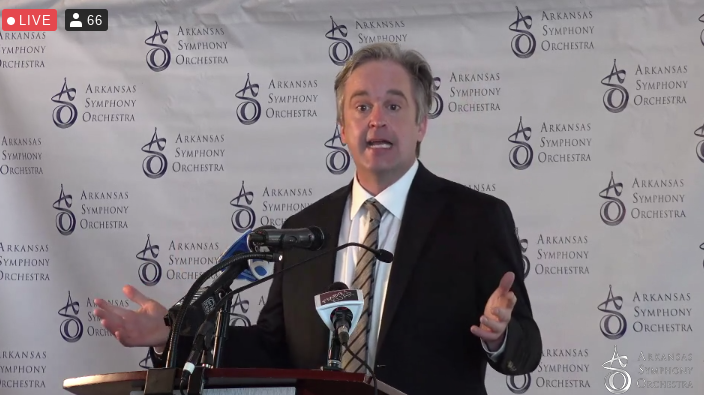 “We’re here because facilities are important,” Robson said. Though the ASO performs concerts in the Robinson center, Robson said, “90% of the time we’re engaging the community in our headquarters. The walls of this structure contain the energy that inspires the people inside.” The new spot will include a recording and streaming studio, a versatile rehearsal hall, group and individual classrooms, a catering kitchen to host social events, a music library, an administrative wing and “shell” space to be designated for future use. Not least, Robson, said, are the climate-controlled instrument storage facilities in the new spot, which will finally provide a home for the ASO’s world-class Steinway piano, donated by Pat and Jim Wallis in 2018.

Chris White, EVP Arkansas Community Division President at Simmons Bank, announced that Simmons will provide a boost of $500,000 toward the project. It is expected to take 18 months to complete, and the organization anticipates an opening in July of 2023.