A neon cowgirl blows smoke from the tip of her gun in downtown Bentonville. Flyers, business cards and printed prayers layer the bulletin board at Ma and Pa’s Bent ‘N Dent Discount Groceries in Huntsville. Glazed donuts glisten in their case at Daylight Donuts in Elkins. These video snapshots have each earned tens of thousands of views on the TikTok account @pineacre, where artist Ashlyn Gulbranson documents life in the Arkansas Ozarks.

Gulbranson, 27, lives in the country outside of Fayetteville with her husband and 2-year-old daughter. After growing up “all over” the South and Midwest, Gulbranson moved to Siloam Springs in 2013 to attend John Brown University, where she studied graphic design and photography and met her husband. The pair moved to downtown Fayetteville in 2017 after getting married, and Gulbranson said the area quickly became home.

“On a heart level, we love the scenery, we love getting out on the river, and the nature aspect up here was a huge draw,” she said. “I’ve lived in a lot of places, and I can truly say living in this part of Arkansas has felt most like home.”

After moving from downtown Fayetteville to a house in the hills, Gulbranson learned her way around dirt roads and settled into the quiet land and clear night skies. In January 2021, she began making video collages of her days as a stay-at-home mom.

“In the beginning, it was really just me and my videos, and no one followed me,” Gulbranson said. “I was fine with that because it was an exercise for me and my mental health, to slow down and really savor the moments of my day and stitch them together for a little time capsule that I could watch later, that would then inspire me. It was a really good practice.” 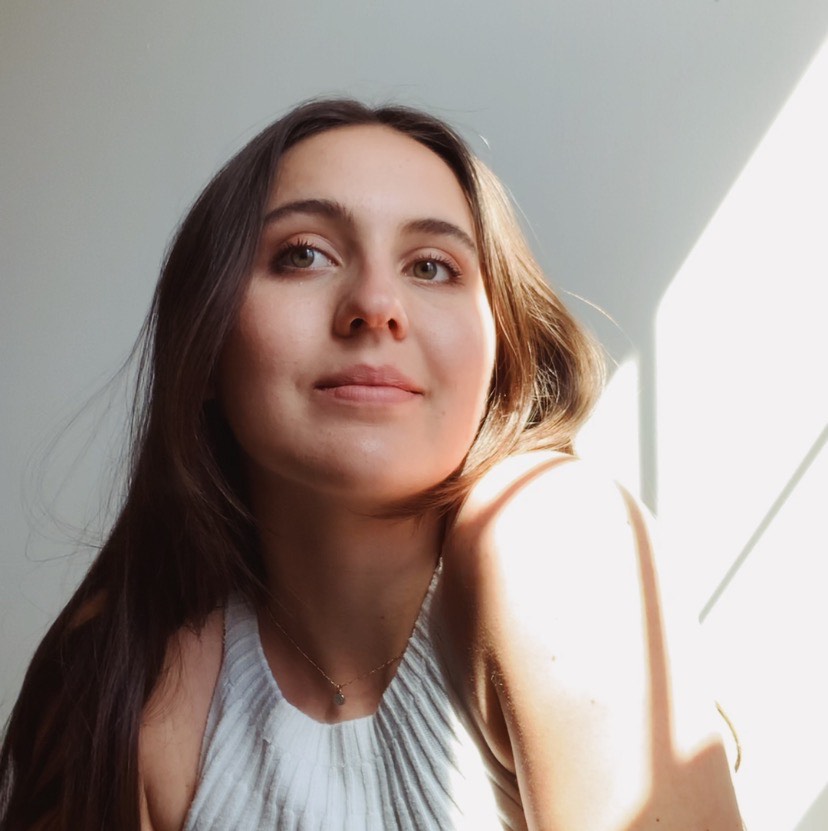 She knew she wanted to branch out from her personal videos, though. In April 2021, she posted the first video in her “Spaces” series, which makes up the majority of her feed today.

The 12-second video captures a handful of scenes inside Hart’s Family Center, a grocery store in Eureka Springs. It has over 179,000 views.

“It’s still one of my favorite videos because it just reminds me of taking an idea I had and going out and filming it,” Gulbranson said. “I’m really proud of that video because I thought, ‘Oh, no one’s going to see that,’ and then the next morning I woke up to so many people loving the vibe and loving what I created. It did fire me up to ask, ‘What else can I create with my surroundings, with my everyday life?’ They are moments that I appreciate, and it was really heartwarming to see other people appreciate those small, nuanced moments as well.”

Gulbranson’s account now has 60,000 followers, and her videos have over 1 million combined likes. Many of the comments she receives on her videos address a sense of stuck-in-time slowness in small towns. At CV’s Family Foods in Ozark — which has since been rebranded as a Harps — twinkly synthesizer music plays under clips of store aisles, pastry cases, and carts stacked inside the entrance. One user commented, “You have a gift for capturing the present fading into the past. It’s happening all around us, every day, but mostly we don’t notice.”

This same video, which has over 238,000 views, received three very different comments: “It’s giving Republican vibes”; “These videos remind me of my own mortality”; and “Why did this make me feel like I’m gonna cry,” to which another user responded, “Spoke to your inner child.”

Gulbranson said that when she initially saw comments about how her videos made people feel sad or scared, she was taken aback.

“But the more I got comments and sat with those feelings, I realized that a lot of my favorite art is contentious and does bring out those feelings. I also have those feelings sometimes when I go into these spaces,” she said. “I do understand where they’re coming from. I think growing up in small towns and in the South, it’s not always peachy and quaint. There’s so much hardship here, too.”

“I do like pouring into those feelings, because they’re real, and they’re what we experience,” Gulbranson said. “I’m not trying to just be liminal or happy. I don’t know what TikTok would say my niche is, but I like that a lot of my viewers don’t know what is coming next, either.”

The concept of “liminal spaces” began trending on TikTok in 2021, deep into the second year of the pandemic. These are defined loosely as spaces that are somewhere in between: literally in between, such as hallways, train stations or airports; and spaces with in between “vibes,” captured in the transition between their original purpose and irrelevance — think fuzzy images of children’s play places from the ’90s, dull office cubicles, or, such as the case of Gulbranson’s @pineacre, quickly aging outposts in rural life.

As with anything on the internet, reactions to #liminalspaces videos are polarizing: some people feel soothed by them, others scared. Though she often receives comments on her videos about their liminal quality, Gulbranson didn’t set out to make videos within this category. She’s more interested in capturing the beauty of “mundane” moments, places and things. 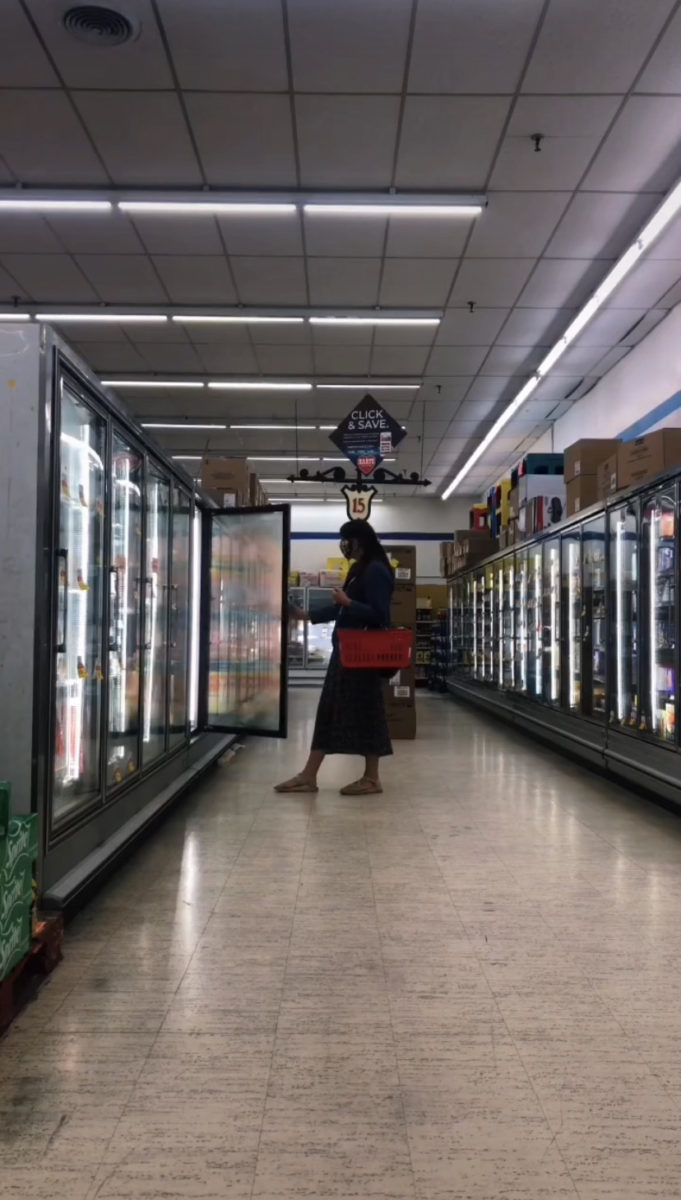 “I think for me, because I witness my 2-year-old look at every single thing in a store, it’s about becoming aware of the beauty around you, and accessing that sense of childlike wonder through putting yourself in your child’s shoes,” she said. “Just slowing down and actually seeing an image that’s not super popular, it’s something you wouldn’t think to take a picture of. I look for the in-between moments, or interesting design, craftsmanship and architecture.”

“It was a time when I hadn’t been out into the world a lot, and I think my Spaces series reflects that,” she said. “Because after the pandemic, I was just so excited about going out again. I missed all those small little details that Hopper painted.”

Gulbranson also lists photographers William Eggleston and Vivian Maier as influences on the way she sets out to capture the world around her, in its action and stillness.

“A lot of their photographs are mundane moments, but they also hold so much beauty and value, and they’re often what we miss most, are those in-between moments,” Gulbranson said. “I love art like that, that appreciates the small moments you cherish. A lot of the artists that I’m drawn to pick up on that, or elements of the South that I relate to.”

In a video featuring scenes from the Dickson Street Bookshop in Fayetteville, one user commented “The Wes Anderson of TikTok.” Gulbranson said comments like this are “super flattering,” and she thinks the comparison is drawn from her eye for visual patterns and pleasing juxtapositions.

♬ If You Were Here – Alice Phoebe Lou

“Being a designer, I notice fonts and colors and shades together,” Gulbranson said. “I think it’s about the matching of color to the environment and how I frame. I’m always looking for colors and shapes that repeat themselves, and I think it’s just that what I pick as interesting is visually satisfying.”

Gulbranson said she films many of the videos with her young daughter in tow, and she appreciates how the video project has allowed her to capture moments she’ll look back on as her daughter grows. As a “mother of the pandemic” whose daughter was 3 months old when lockdown began, Gulbranson said she emerged with “more anxiety and isolation” and contemplated, “what kind of mom am I going to be?”

“For me, it’s about living your life for your daughter, and being that example of doing what you love,” Gulbranson said. “Because it’s so easy to put things aside and be like, ‘I’ll do it later. I’ll do what I want when everyone else is taken care of.’ So these videos are such little gems for me because they are the moments that I’ve pieced together for myself to remember, that she might look at one day.”

Gulbranson’s meditations on motherhood, as well as her experiences growing up in the Bible Belt, are among her many ideas for stories she’d like to tell in the future. She often receives comments on her videos asking if she plans to “get into cinema,” which Gulbranson said “feels like this huge dream.”

“I would love to be a director of photography,” she said. “I have so many stories and plotlines in my head that I would like to get out there on the big screen or in the world. But being a mom does take up a lot of my time right now. Hopefully, it does lead to that.”

In the more near future, Gulbranson said she’s excited for summer in the Ozarks and is planning to film a river floating video with friends. She’s interested in creating longer videos in landscape view, rather than the vertical frame of TikTok. In addition to her @pineacre account, Gulbranson said she also enjoys working on freelance videography, photography and art direction projects in the Northwest Arkansas area — all while keeping up with a busy toddler.

“Right now, I just feel like I’m in a season of life where I’m soaking in all this information and ideas,” Gulbranson said. “Hopefully, they’ll get to flourish one day. It feels like I’m planting seeds right now.”