The gated community of Hot Springs Village attracts retirees from all over the country with its resort-like atmosphere of lakes, lush golf courses and tidy tennis courts. To most of its inhabitants, jazz is about familiar tunes and the comfort of nostalgia — Duke Ellington or Ella Fitzgerald. But to Arkansas native and Village resident Chad Fowler, jazz is something much more adventurous, visceral and forward-looking. Lurking behind the Village gates is the home base of Mahakala Music, an exciting new avant-garde jazz label. Fowler launched Mahakala Music in 2019 upon returning to Arkansas after a globe-trotting career in tech, and after decades of nurturing a love of music.

Fowler began playing saxophone at Sylvan Hills Junior High in Sherwood in the mid-1980s. He learned the instrument quickly, and was one of the few students who could play by ear. Teachers sent him to the elementary school to show off his impressive skills by playing the “Leave It to Beaver” theme song for the younger children. Fowler was a bit of an outcast and sought out any genre of music that could further differentiate him from his peers. He scoured the racks at Camelot Music in North Little Rock’s McCain Mall for punk, goth and noise rock albums, eventually stumbling onto jazz. By the end of high school, he was playing saxophone and bass in the school’s two jazz bands, singing in the choir and coercing the band director to teach a music theory class. Outside of school, he was playing guitar in the Little Rock punk scene, including a stint in the band Step by Step. Fowler describes his final year of high school as “nonstop music.” 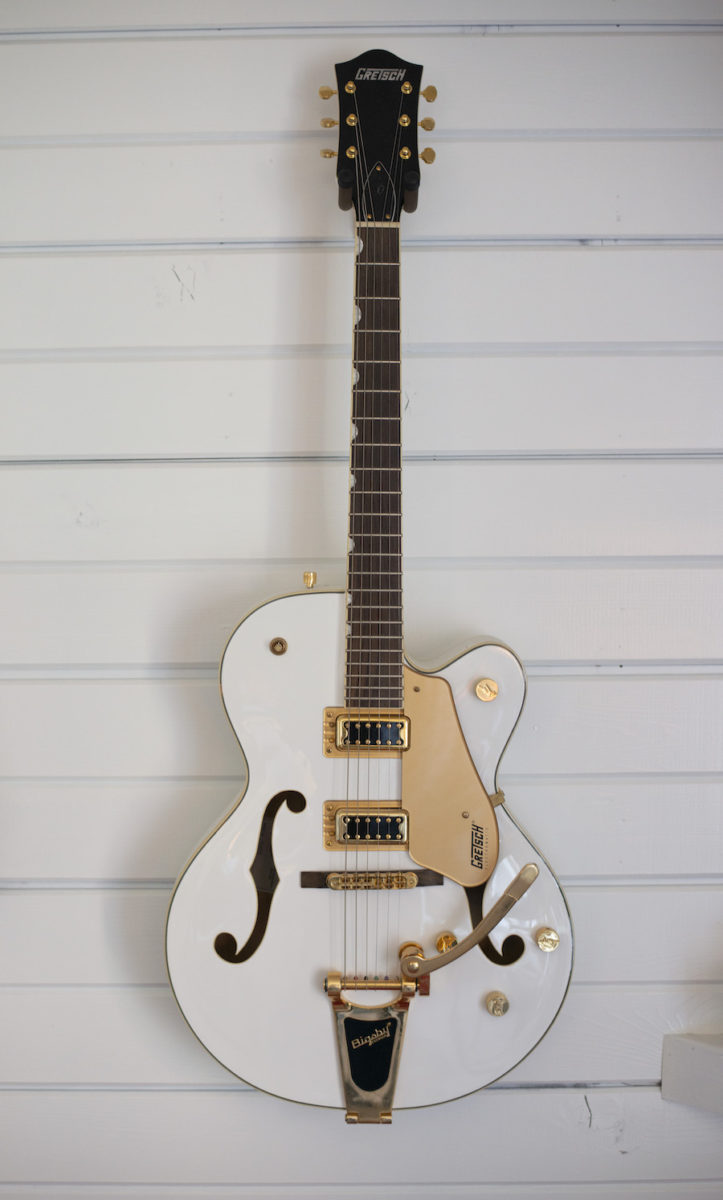 During high school, Fowler met fellow teenager and jazz aficionado Chris Parker backstage at Riverfest. They’d both made a point to attend the now-defunct Little Rock music festival to meet the members of the Count Basie Orchestra. They would discover they lived a block apart, and Parker would be the first to introduce Fowler to the modal jazz of Wayne Shorter and the free jazz of Cecil Taylor, styles of jazz that rely heavily on improvisation. Fowler remembers hating the music at first but later developing a craving for it. By graduation, he was as equally enamored with avant-garde jazz as he was the old standards. Fowler and Parker left Arkansas to study at the University of Memphis, where they lived and breathed music. They were often paired up for combos, and went beyond the required two hours of practice a week to a regiment of two hours each day, no matter how they had to fit it into their schedules.

Outside of music, Fowler had begun playing computer games and learned how to troubleshoot software installs, offering his help to others. He was playing blues, R&B and soul on Beale Street four to five nights a week, studying computer science during his set breaks. A bandmate coaxed him into interviewing for an IT job, where he was hired with barely an interview. Fowler moved up quickly in the tech world, and his jobs led him across the globe, from Berlin to India. For almost a decade he rarely played with other people, but was always recording what he calls “music only I would ever like.” The introverted Fowler didn’t engage with the music scenes in the places he lived. But he’d met plenty of people working in the jazz world and experienced financial success, and had an idea to use those resources to make connections between the world-class musicians he knew. He thought of an artist like John Zorn, a New York saxophonist and composer, whose work he consumed. He bought everything featuring Zorn, then bought everything featuring the other artists he discovered on those recordings. He thought of it like a family tree. That idea would lie dormant within him for over a decade.

In 2016, Fowler moved from Berlin back to the States to be closer to family, and after a year in Memphis settled in Hot Springs Village. Around this time, Parker was putting together the “No Tears Suite,” a piece he was composing with vocalist Kelley Hurt for the 60th anniversary of the integration of Little Rock Central High School. Parker heard his old friend was back in the area, and started writing with Fowler in mind. Thanks to generous sponsors, they enlisted the services of Grammy-winning drummer Brian Blade, and Fowler’s decade-old family tree resurfaced in his mind. The company in Berlin he worked for had been sold to Microsoft, so he was in an even better financial position to facilitate those dreams. Using Parker’s connections to gather players, Fowler funded a recording session in New Orleans featuring Parker, Hurt and himself along with Kidd Jordan and Alvin Fielder, two Southerners who played together extensively over the years, and William Parker, a key figure of the New York free jazz scene. This would turn out to be Fielder’s last session, as he died only a few months later. Fowler was certain someone would be interested in putting out the recording, but was met with dead ends. William Parker suggested that Fowler put the album out himself. Thus, Mahakala Music was born.

Fowler’s plan was simply to release the single album from the group, named Dopolarians. He named the record label after the Buddhist deity Mahakala, the wrathful emanation (or protector) of compassion. Fowler’s drawn to the idea of wrathful emanations of otherwise gentle ideas, a dichotomy he tries to capture in his music. He also knew he wanted to engage visual artists with the release and commissioned a family friend to do a painting for the cover. Chris Parker recommended drummer Chad Anderson for graphic design. Fowler was used to working with Microsoft’s design team, but let Anderson take a crack at it. He was blown away by the final product, and Anderson has designed almost every release since. He’s even played on a few.

The Dopolarians’ album, “Garden Party,” was released in November 2019, and it would only be four months before Fowler put out a second release, Dave Sewelson’s “More Music for a Free World,” another recording featuring William Parker. Fowler began to see a path to bridge musical communities, whether geographical or cultural, and cross-pollinate those disparate influences. Although Fowler was thrilled to be able to play with some of his heroes, he was equally surprised at how many New York musicians were enamored with the elements of R&B and blues that Southerners brought to their sessions. All across the country, musical relationships were being formed, and interest in the label was growing. Two and a half years later, Mahakala has released close to 30 albums, and Fowler says he has at least 20 more waiting on Anderson’s designs. The releases have included luminaries like Ivo Perelman, Matthew Shipp and Marshall Allen, as well as many younger players from places not well known for jazz. One of Fowler’s newest quartets, Sparks, has been announced for the 26th edition of the Vision Festival, New York City’s premier free jazz festival. As live concerts resume after the pandemic, Fowler hopes these bonds being formed will spill over into many more performances across the country.