Grab your calendar; there’s a good chance the weekend’s thunderstorms are going to finally quench whatever wilty, parched plants you’ve been nursing along through the summer drought, liberating you of all your botanical responsibilities and leaving you free to do the following: 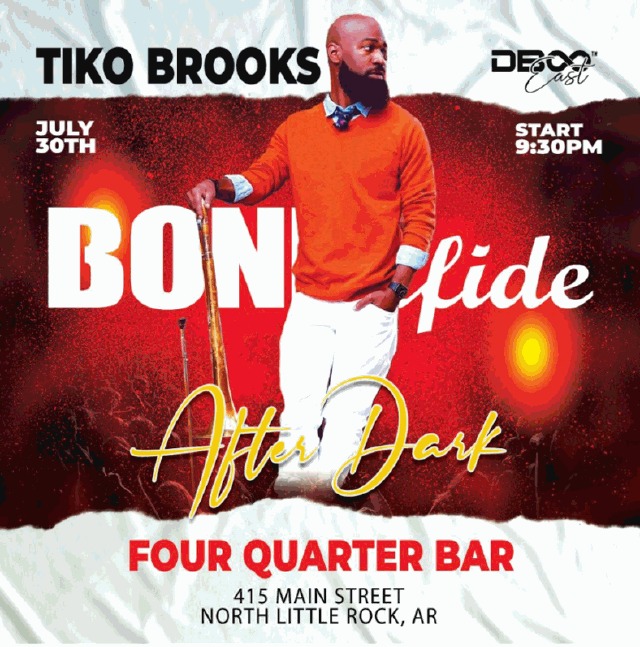 Trombonist and bandleader Tiko Brooks is playing at at Four Quarter Bar Saturday night, 9:30 p.m., $8 cover and some of the best bar food in the city. 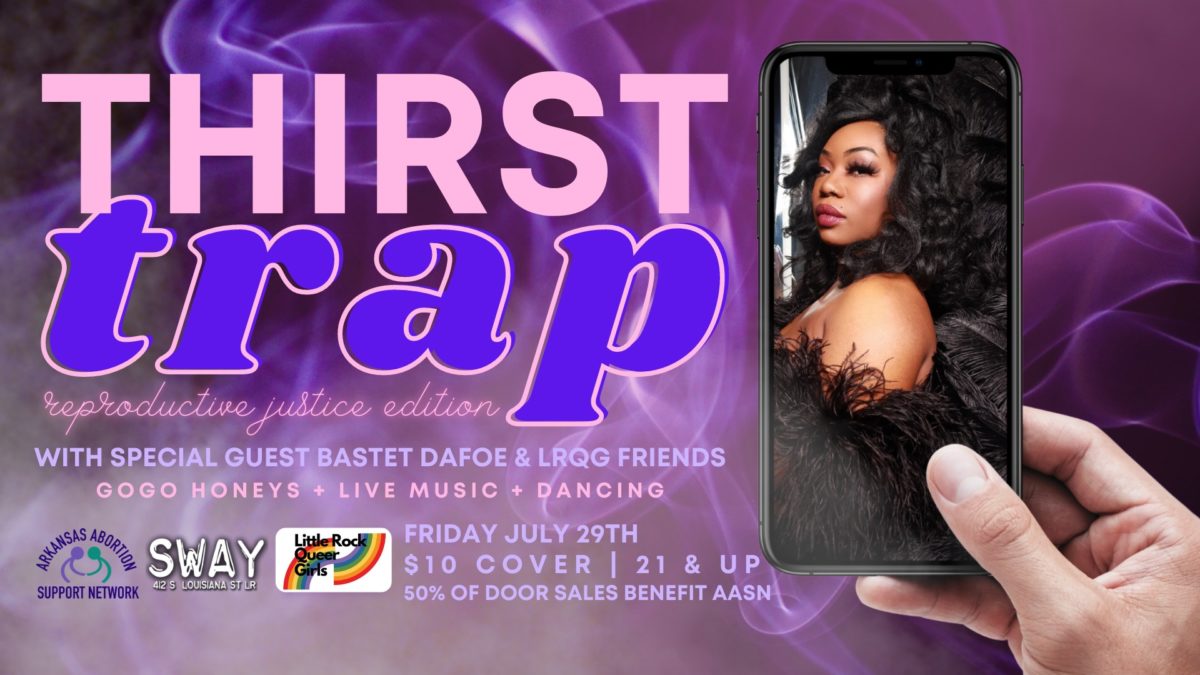 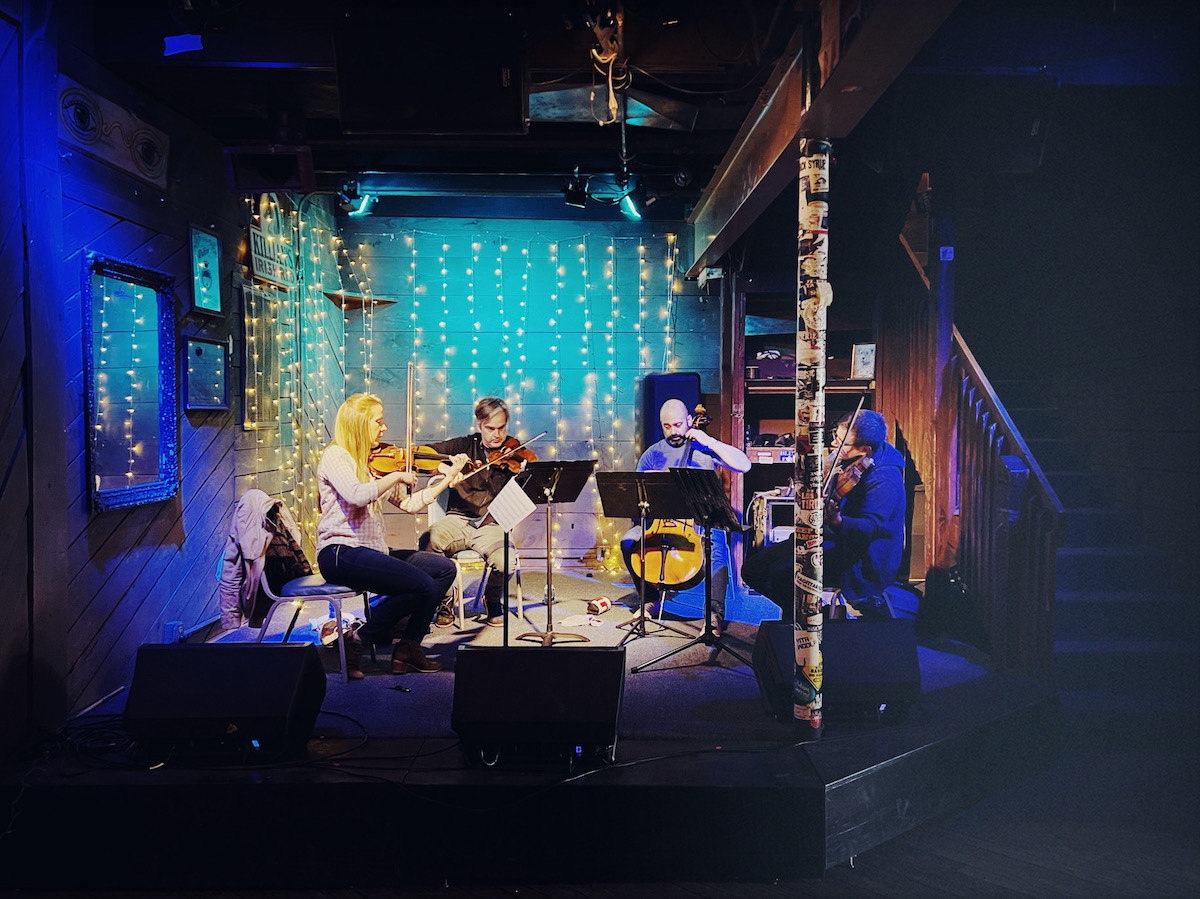 The White Water Tavern is bringing violinist Er-Gene Kahng and other classical players to the room for some classical music. Kahng is Professor of Violin and the Director of Graduate Studies at the University of Arkansas in Fayetteville, and we got to talk to her in 2018 about her work to shine a light on Arkansas composer Florence Price. Nearly always, the music you’ll hear in the tavern is amplified, but the room’s acoustic is gorgeously attuned to unamplified sound. Joining Er-Gene, the tavern reports, “will be Jeremy Crosmer, cellist with the Detroit Symphony Orchestra, and familiar faces Geoffrey Robson, Katherine Williamson, and Ryan Mooney of the Arkansas Symphony Orchestra. Movements of works by Philip Glass, Anna Clyne, Ludwig van Beethoven, Béla Bartók, and Johannes Brahms will be featured.” 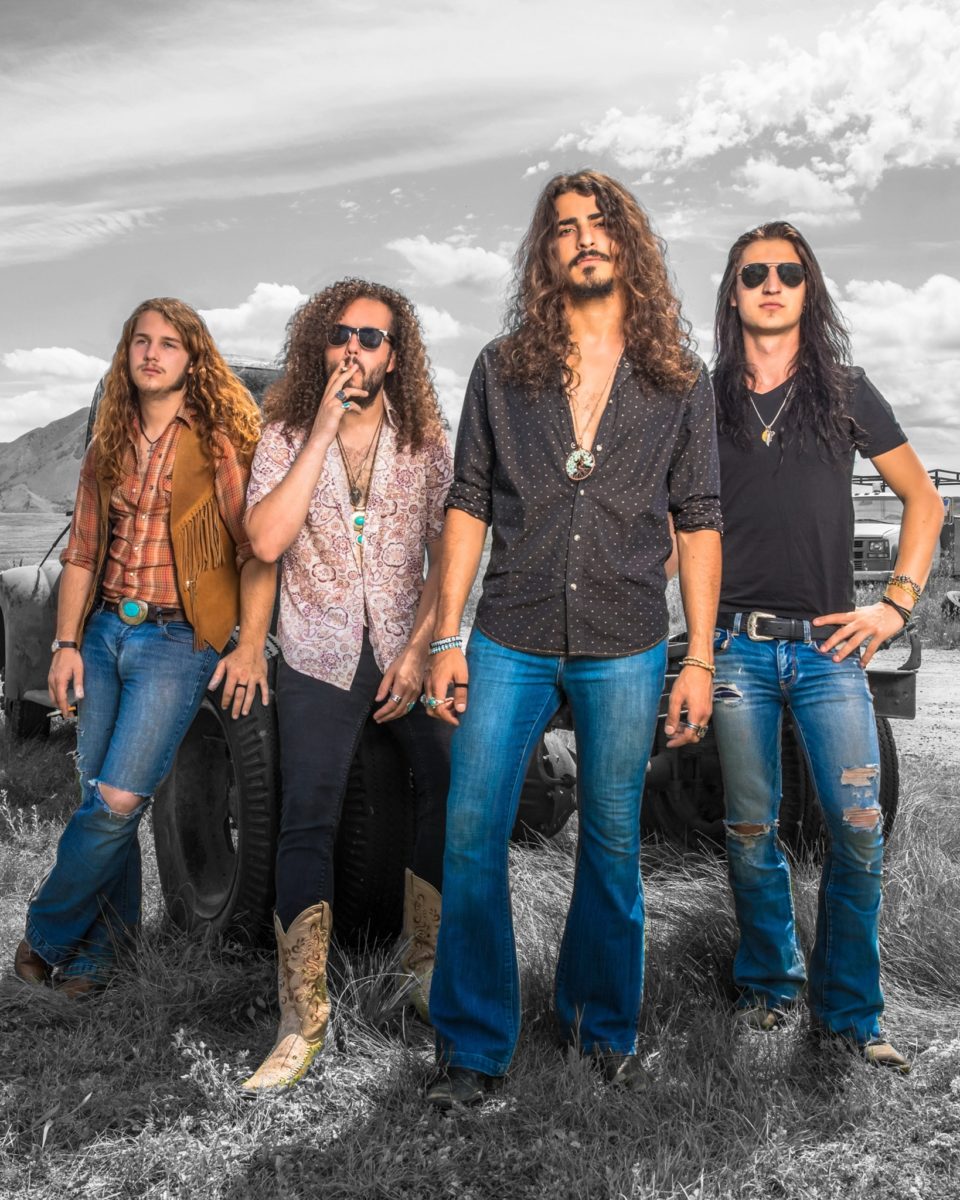 Rock and roll at Stickyz this Sunday, too, with South of Eden and Arkansas’s own DeFrance. 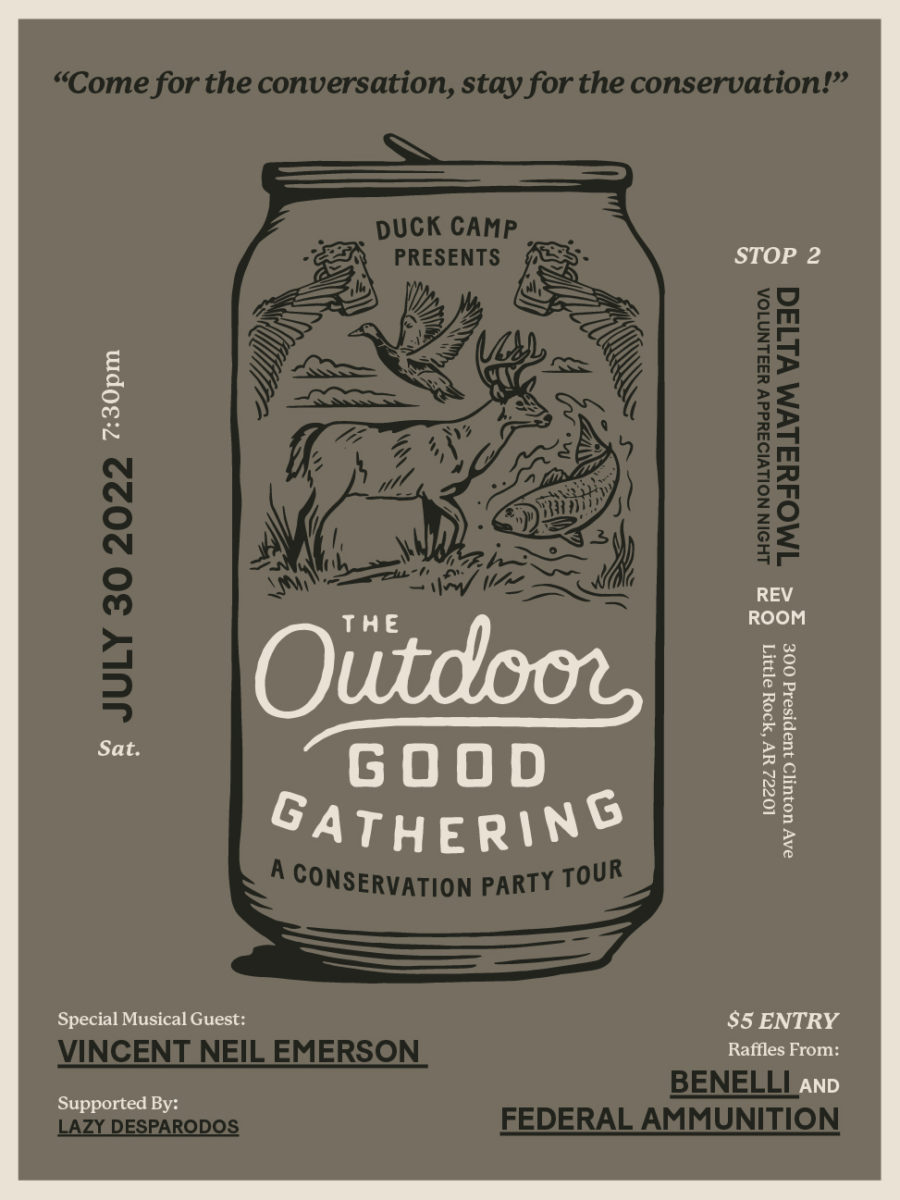 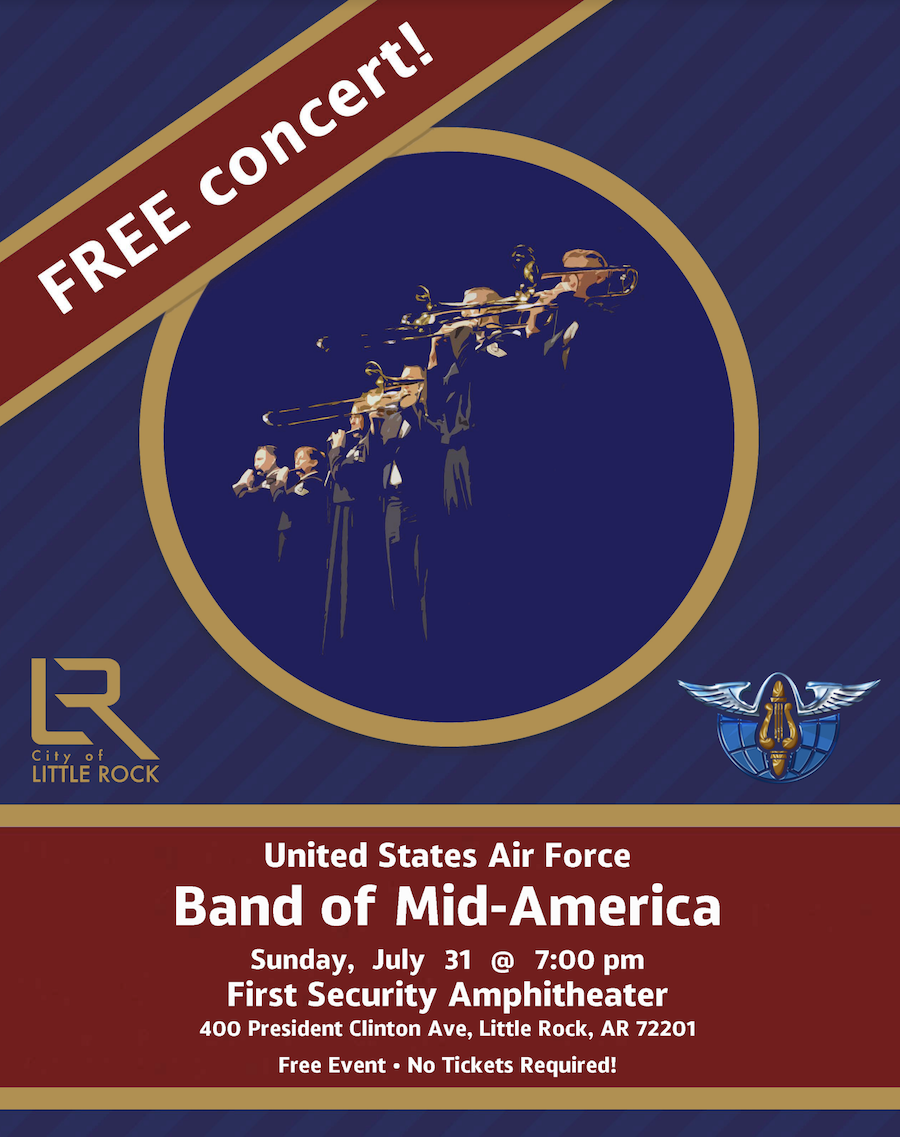 Looking for something a little outside the box? Tote your umbrella down to the riverfront, where the 50 professional musicians of The U.S. Air Force Band of Mid-America will present a free concert at the First Security Amphitheater on Sunday, July 31, at 7 p.m., under the baton of Band Commander Major Justin W. Lewis.