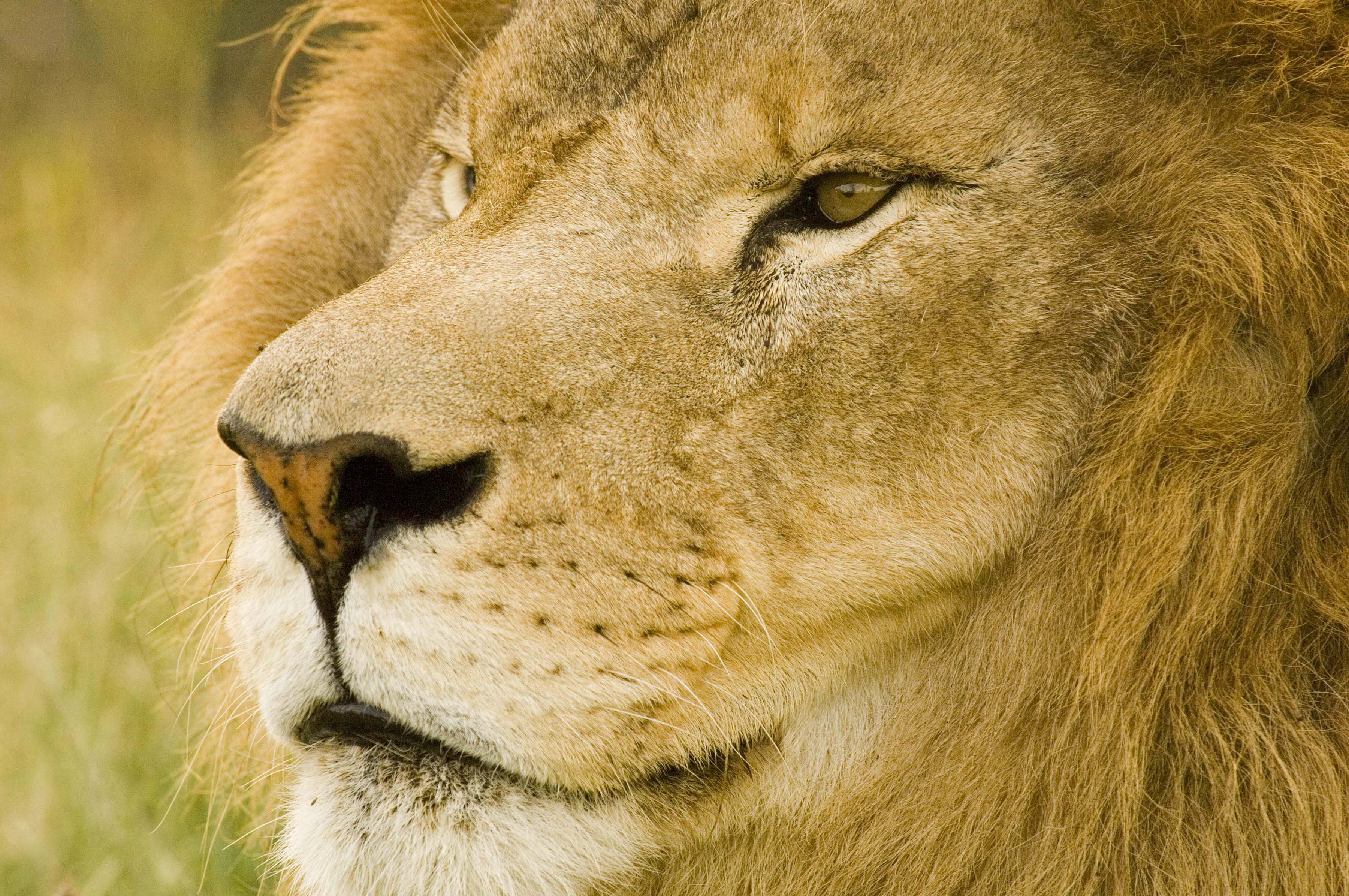 Tanya Smith dreams big. But then, taking care of big cats requires that.

Smith is president and co-founder of Turpentine Creek Wildlife Refuge, an exotic wildlife sanctuary federally licensed and regulated by the United States Department of Agriculture. Located in Eureka Springs, this non-profit organization currently has 57 large natural habitat enclosures ranging in size from 5,000 sq. ft. to 20,000 sq. ft. in which more than 60 exotic and native cats, six black bears, one grizzly bear, and a variety of other animals reside.

As the second generation owner of TCWR, Smith will see a big dream of the refuge come true at 2 p.m. on Aug. 18 with a ribbon cutting, food, and drinks at the official grand opening of the facility’s on-site veterinary clinic, officially named the Jackson Memorial Veterinary Hospital for her parents who started the refuge. The new veterinary hospital is the culmination of years of planning, hard work, and hundreds of thousands of donated dollars.

For more than 20 years, the refuge has worked with Dr. Ron Eby, D.V.M. at his state-of-the-art St. Francis Veterinary Clinic located 30 miles from the refuge near Berryville. However, it’s one thing to improve the health of a five-pound domestic house cat, and quite another to rehabilitate a 300-plus-pound neglected and abused victim of the exotic pet trade.

Thus, the new Turpentine large mammal hospital means the veterinarian can treat the animals on-site, running blood work, taking X-rays, and performing surgeries. “The animal doesn’t have to leave the refuge, and it’s safer for the animals and the staff,” explains Smith. “There are three big recovery cages inside with sliding walls so we can do what we need to. There are heated floors in the recovery room. It’s just going to make everything smoother and easier.”

Additionally, the vet center will serve as a unique educational tool. It has the ability to share information with vets throughout the world through cameras and video conferencing. Veterinary students, interns and others in related fields can also view sterile environment surgeries via viewing windows outside the operating area.

“We over built it, which is going to be awesome,” Smith says. “Some of those interns that have become vets are chomping at the bit to get back here.”

A permanent staff of seven biologists and zoologists and an intern staff of approximately 16 college graduates meet the daily care, enrichment, and other needs of the animals. More than 400 interns have worked at the refuge since 1996. Internships are offered twice a year for six-month stints. TCWR alumni are scattered all over the world. Some work at zoos and refuges, some are patrol and wildlife officers in national parks, and others work at veterinarian hospitals, or as researchers and videographers.

“The team we’ve developed here has made a big difference,” says Smith. “The interns just care so deep hearted about the animals.”

Turpentine operates on an annual $1.98 million budget. “That’s with all of us making next to nothing and working long hours,” Smith says. Revenue streams are a small admission fee, special event fundraising, educational programs, lodging, gift shop sales, memberships, animal adoptions and sponsorships, and private donations. 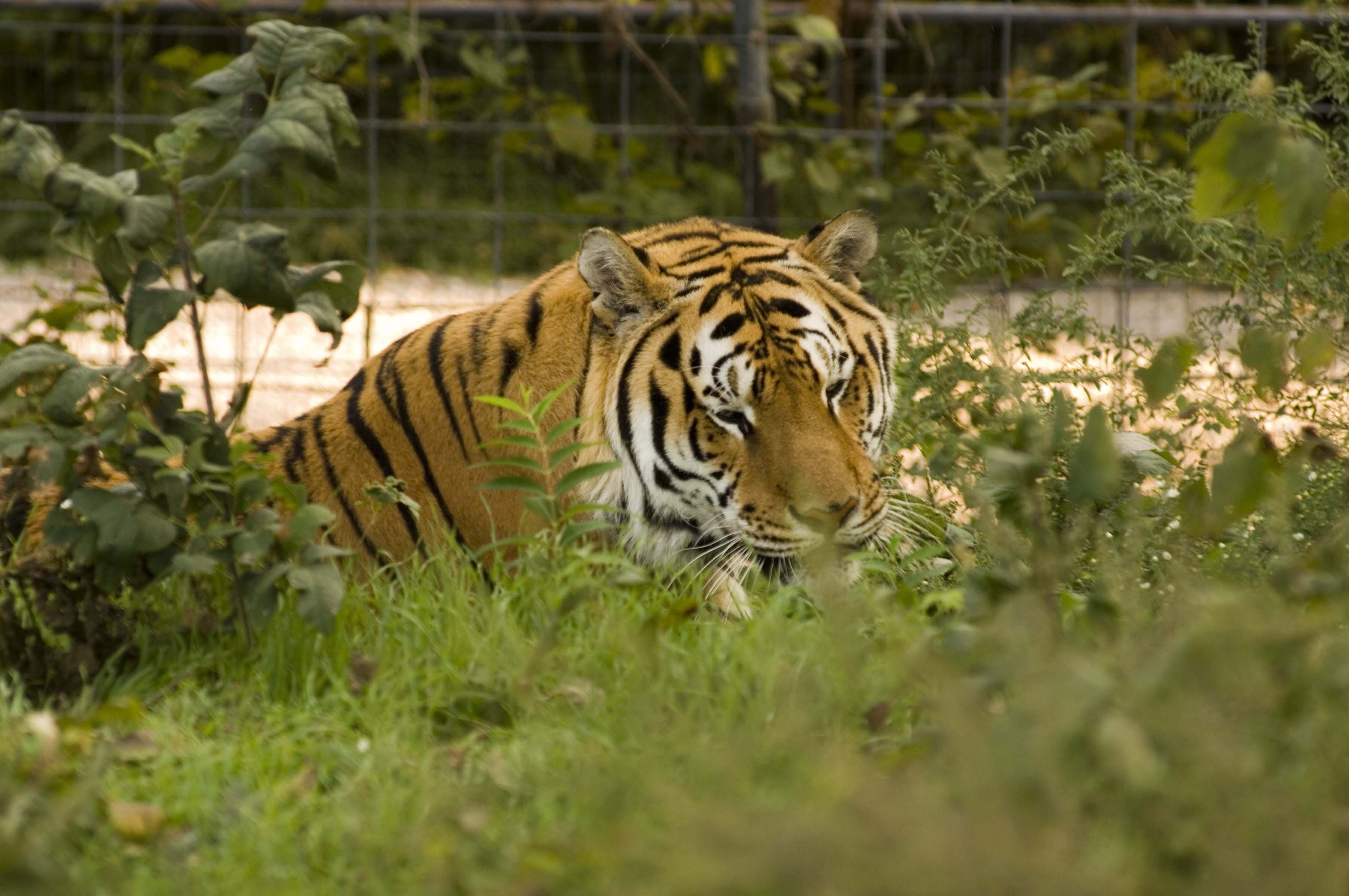 “It’s been a great year for progress,” Smith adds. She has watched this refuge of humble beginnings mature as a sanctuary. Turpentine has grown substantially in the last five years. The goal is no longer just getting the animals out of small concrete floor cages. Finally, they all have grass under their feet. So the focus of the facility has changed dramatically.

“The big rescue got us a lot of attention,” says Smith. “Lots of media attention. We grew flat, then exponential. It feels like that is where we are now.” The “big rescue” Smith refers to was one of 34 tigers, leopards, and cougars from a private facility in Mountainburg. It was the largest rescue in TCWR’s history. Smith also attributes the tipping point for the refuge to its donor base and social media.

It was ’96 before the refuge owned a computer. Now they are in a digital world where everything is instantaneous. “We can write a blog and someone can immediately read it and make a donation,” Smith says. “Then the growth of northwest Arkansas is part of it too. [The refuge] can’t help but grow. People love coming out here.”

Admission is an all-day pass that includes a guided walking tour, as well as access to the self-guided area. Walking tours led by knowledgeable interns and staff last about 45 minutes. Groups can make special arrangements. Trolley tours are available too. There are a variety of lodging options – suites, a tree house bungalow, safari lodges, and a small RV park.

What’s next as the refuge works to improve the care of its big cats? Smith says they are fundraising to replace the gift shop building. “We’ve been here 24 years now so things just wear out after a while,” she explains. Ideas for improvement to the refuge include a new parking area, construction of a new gift shop, multipurpose room with capacity for 200, education center with interactive displays, café, storm shelter, and improved green spaces for guests.

An old green building near the current entry was recently torn down and will be replaced with two habitats that will be bigger than any of the others. New signage is in the works as part of the refuge’s mission to educate. The refuge board is looking at an Education Station area with benches from which to sit and watch the animals on “rescue ridge.”

“People are still learning that the cats can’t be released to the wild,” Smith explains. “If we’re not educating along the way, we’re wasting our time.”

In addition to new plans, TCWR must always keep up-to-date with changing regulations. For example, staff is currently raising all of the habitats by two feet to meet new USDA regulations.

As Turpentine grows, Smith continues to dream. For example, she’d like to see a glass viewing area like at the El Paso Zoo. The refuge has 459 acres for developing, including flat parcels and hillsides that lead to a creek running across the property. “We’ve talked about everything from gondola rides down there to…,” Smith laughs. “Might as well dream big if you’re going to dream.” 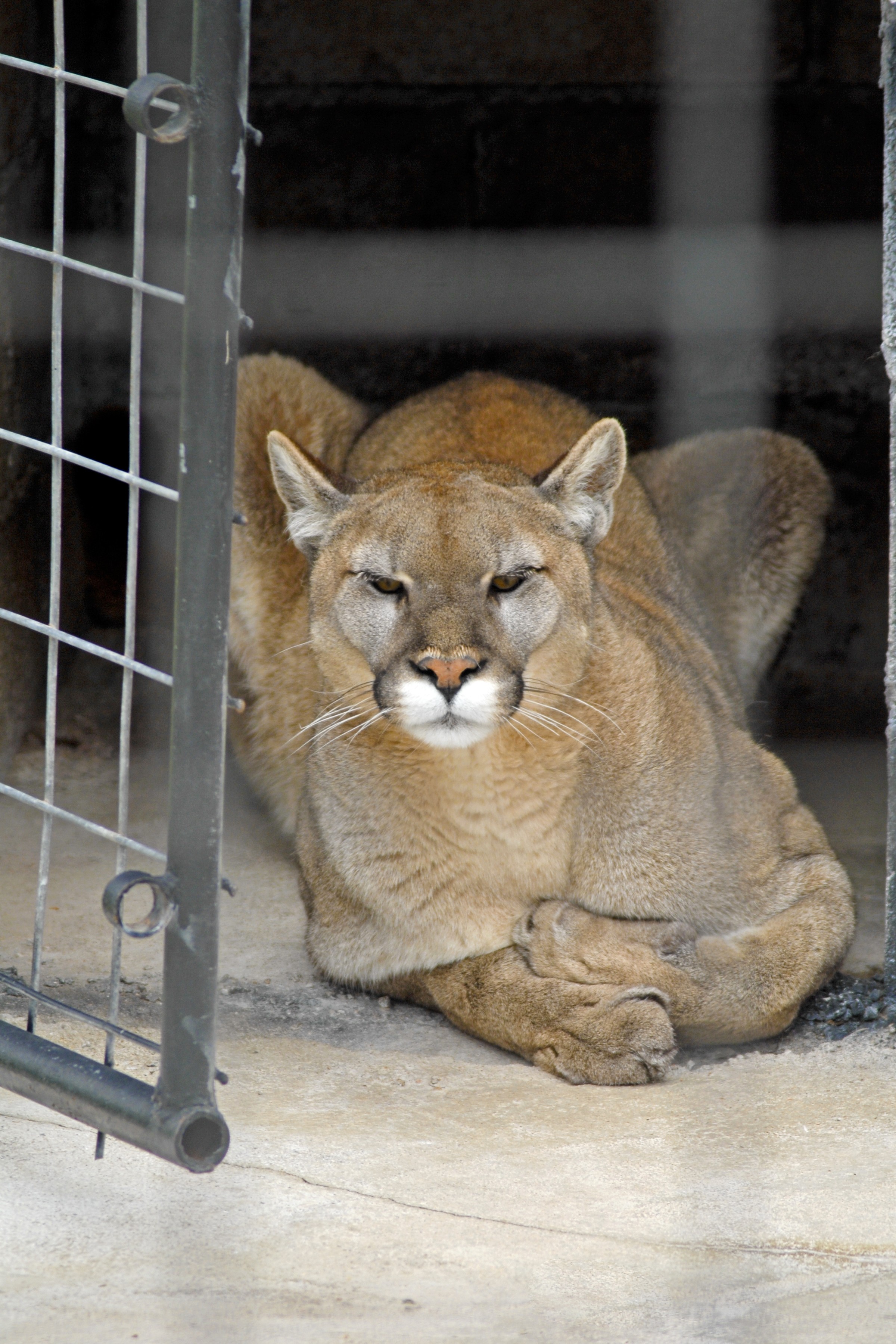 The reality is that the refuge needs are always money, materials, and people. When possible, TCWR uses materials from its own land, such as clay for the roads, but most services, materials, contractors, and construction companies need to be paid. TCWR uses local folks for these endeavors as much as possible. Then, there are the basic expenses of running the business.

Smith says they’ve had very few grants written for any of their work, and would welcome help in that area. The refuge is always in need of donations.

“We can break it down into bite-size pieces if people want to support the dreams and plans,” Smith explains. “You can even buy a brick.” For example, donors can purchase a bench for humans for $750, a bench for animals for $1,000, a ball or small barrel for $300, or a habitat for $25,000. “We have some great supporters like Fred and Sherry Sieber of Rogers, who provided habitats for four tigers,” Smith says. “That’s unusual.” Some habitats don’t even have a sponsor.

During the big rescue, more than 800 people donated to the development of rescue ridge, which is not open to the public. “It’s a place animals need in transition [to the refuge],” Smith explains.

Much of the meat and animal food products for these carnivores are donated by several major corporations like Tyson Foods and Walmart. Typically, TCWR feeds between 800 pounds to 1,200 pounds of raw meat per day to the animals under its care.

TCWR does not buy, sell, trade, loan out, or breed animals. Its animals generally come from private owners who have relinquished responsibility or are otherwise unable to care for them, or in cases of abuse, neglect or public safety, are seized by law enforcement authorization.

So, TCWR is dedicated to the rescue and care of these unwanted, neglected, and abused victims of the exotic pet trade with an emphasis on big cats and bear. Smith advocates for protective bills to stop the trade of these animals.

“To maintain over 100 [animals] for over 20 years is crazy,” Smith says. “That’s why it’s so important for me to set this up as a foundation.” Until federal laws are passed and humans stop breeding and selling big cats and bears, sanctuaries like TCWR will always be necessary.

“So we stay true to our mission,” Smith says. “It’s a great mission. I’m as excited as I’ve ever been about it.”

This story provided by the Arkansas Department of Parks and Tourism. For more information, visit Arkansas.com.