If the idea of still water, the sight of wading birds along the shore and ospreys perched on cypress snags, and maybe a fish jump or two calms your mind, rent a canoe or take your own — or a kayak — and put in at the Little Maumelle River. You float all the way up the Little Maumelle from the Two Rivers Park Bridge at the western end of the River Trail and paddle all the way to Pinnacle Mountain State Park, an 8-mile trip. In spring and fall, you can sign up at Pinnacle Mountain State Park for a guided 4 1/2-mile float that leaves from the boat ramp at the picnic area on the west side of Pinnacle Mountain. You can paddle on your own from there as well; you don’t have to have a guide.

For a hike at the RANCH WOODS NORTH PRESERVE

The Arkansas chapter of The Nature Conservancy’s newest preserve is comprised of fields and forest along 1.7 miles of the Little Maumelle. You can take out or put in at the preserve, which even includes a campsite for floaters. If you want to stretch your legs, take the hiking trail through the preserve: wildlife and wildflowers make this a treat. To put in at the preserve, take Highway 10 west from Little Rock to Ranch Boulevard; that will lead to the entrance of the preserve. The put-in point is close by. The preserve was a gift to Central Arkansas from Ranch Properties Inc. owners Belinda Shults, Rob Shults, Cathy Shults Rhodes, Ed Willis and Gene Pfeifer.

At the I-30 SPEEDWAY

That vroom, vroom, vroom, vroom you hear when you’re sitting outside on a warm Saturday night in South Little Rock is not the sound of mutant mosquitos from outer space. No, it’s the sound of fellas in their race cars chasing dirt track dreams lap after lap in pursuit of cash prizes. Cars have been racing at the quarter-mile, red clay Speedway for more than 50 years, making it as much a part of Little Rock as such culturally defining institutions as Minute Man and Hank’s Dog House, even though I-30 Speedway has outlived them both. If you know what the Short Track Nationals, the Lucas Oil American Sprints and the Comp Cams Super Dirt Series Late Models are, you’ll want to head out to Hammer Hill. If not, put on your trucker cap, head to exit 126 off Interstate 30, buy a ticket and a cold one, and get a taste of how the other OTHER half lives.

No, we weren’t the first people to settle Arkansas, and no, the folks who did weren’t the Toltecs of Mexico. The people who built the mounds along an oxbow of the Arkansas River more than a thousand years ago have been given the name “Plum Bayou” people by archeologists. The 19th century owners of the property, the Knapps, figured no Arkie Indians could have built such astonishing landforms, so they identified them with the Mexican natives instead. Such dismissive attitudes toward Arkansans still exist. Be that as it may, the Plum Bayou people were a vibrant lot, building an 8-foot-tall earthen embankment around their ceremonial center and aligning their 18 mounds to mark the solstices and using standard measurements. Only three mounds are visible today; the plow took care of the rest, though their foundations still exist below the ground. There’s a trail less than a mile long through the park that passes by the mounds, including the low burial Mound C, the 49-foot-tall Mound A and the 39-foot Mound B and Mound Lake. A visitor’s center features artifacts discovered at the site and a display explaining how archeologists derive information from the dirt. 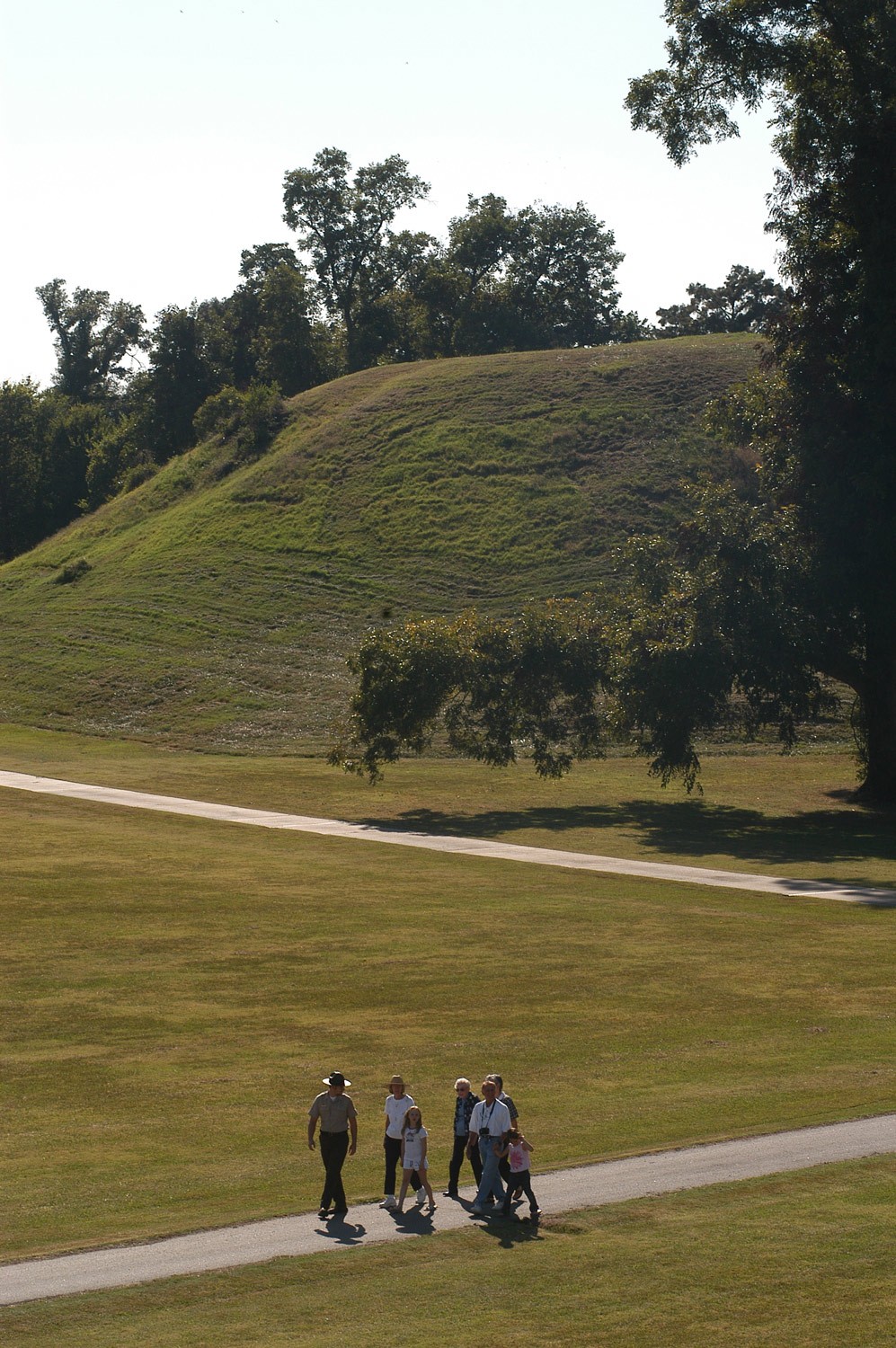 To eat at CHARLOTTE’S EATS AND SWEETS

All that thinking about the past makes for a big appetite, so it’s a good thing that Charlotte’s is just down the road in Keo. The burgers and vegetable plates and BLTs are good, but let’s be honest: The reason to drive to Keo is to eat the out-of-this-world strawberry pie in summer, or the fabulous coconut pie, or the German chocolate cake, the caramel pie, the lemon icebox, the chocolate pie, the pecan pie … they’re all listed on the chalkboard, and you order your pie first so you can be sure to get the one you want. Fruit salad is good, too, you health nut.

So maybe grilled meat and cold beer in the middle of nowhere is your thing. Take Prince Street west out of Conway until it turns into state Highway 60 and crosses the Arkansas River, make a right on Hill Loop, then a left on Stoney Point Road and then keep driving until you find Roaring River Loop. (If you see Gum Drop Loop on your left, you’ve gone too far.) Toad Suck Bucks is in a converted shed with a big gravel lot that will be full if you’ve gone on a Saturday night. You can order ribeye, New York strip, top sirloin, T-bone, filet or the 26-ounce Hudspeth porterhouse steaks cooked the way you want. Shrimp cocktails and breaded shrimp and onion rings and hamburgers and buffalo wings and pork filets also on the menu. And fried pickles. And chili fries. There are pool tables and a shuffleboard table and music outside on the deck. The beer comes out in ice-filled buckets. Some advice: Don’t dress up and don’t use profanity. Several signs warn against cursing.