Somewhere between the heyday of baby-pink mid-century tourist courts and 2019, hotels got dreadfully boring. Where did we go so wrong? And who can we blame? The rise of the interstate highway system, maybe, or the supersizing of the hospitality industry? The ways in which business class accommodations began to play to the beige-colored middle — to those just looking for some predictable, perfunctory respite while attending corporate conferences or training sessions? Mysteries of the milquetoast notwithstanding, here’s to a handful of folks in Arkansas carrying the torch for the anti-hotel, offering up a night’s sleep on a houseboat, in a treehouse or inside a living cave. 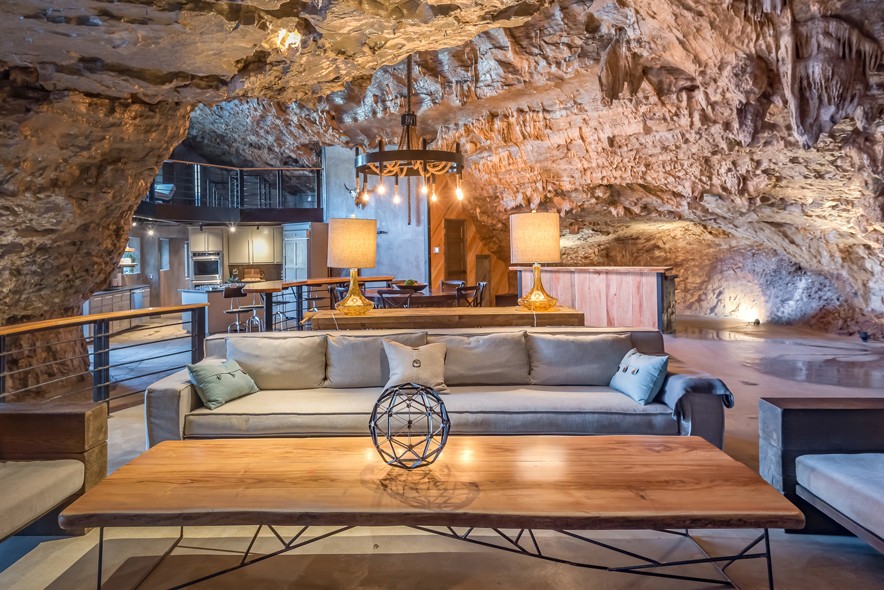 What a saintly feat of engineering — or maybe an intrepid feat of hubris — the Beckham Creek Cave is. The property, situated on a private, 260-acre resort in the Ozark Mountains near Parthenon, is so singular and bizarro it’s garnered attention from The New York Times, CNBC and travel magazines of all ilk. Originally outfitted as a bomb shelter and transformed into a top-dollar, four-bedroom/four-bathroom luxury lodge, Beckham Creek Cave is an exercise in contrast. Distinctly anthropogenic stuff like right angles and stainless steel faucets and a wall-mounted LED television gets mashed up against flowstone and stalactites, and an indoor waterfall emerges from an underground spring, itself a source of the lodge’s geothermal heating. For those willing and able to book the cave at $1,600/night ($1,200 during the off-season), patrician pastimes are abundant: There’s a catch-and-release pond, horseback riding and even an onsite helipad so you can crash-hawk in there like Oprah. 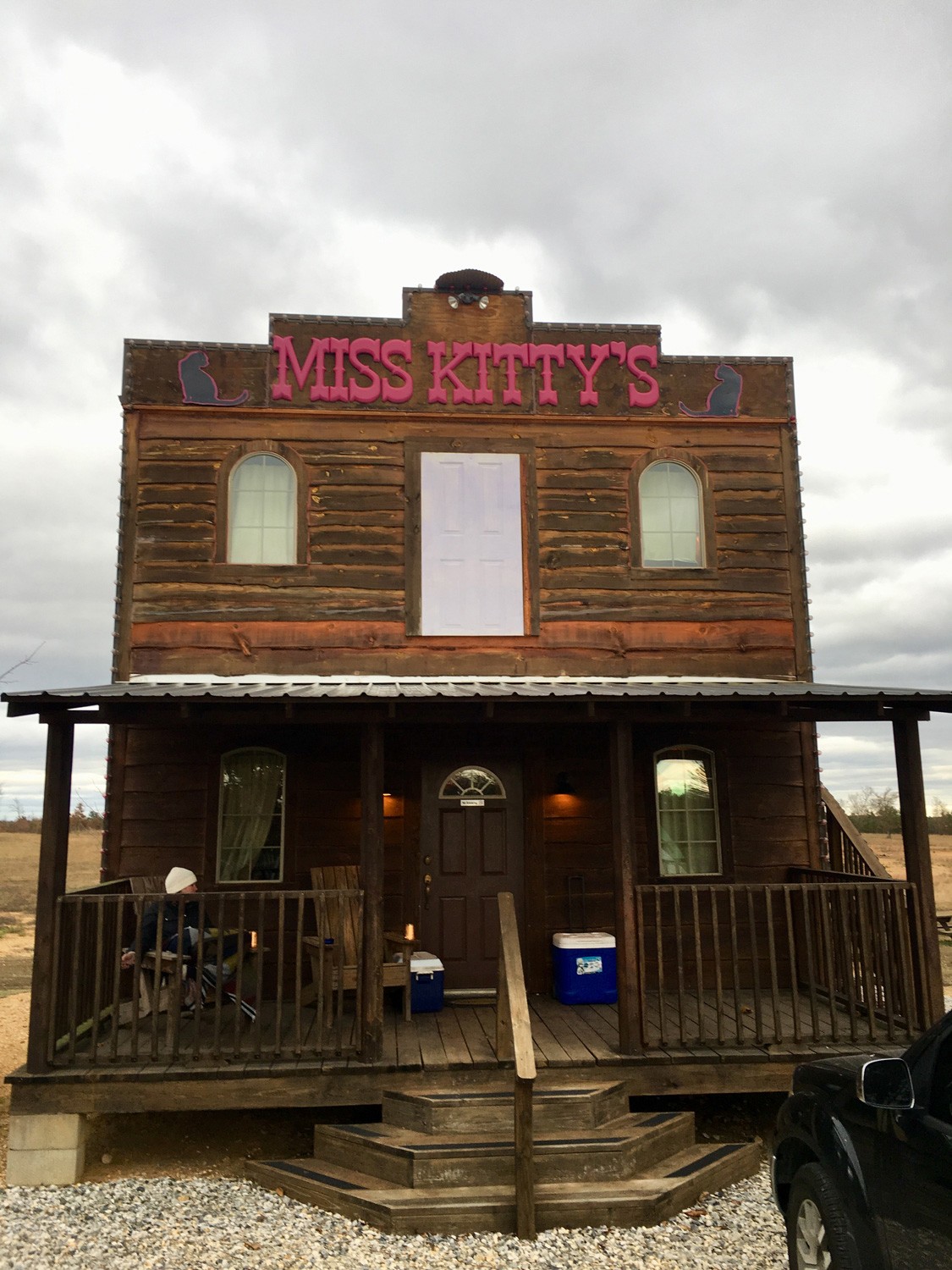 There’s already a gold-rush sort of feeling baked into any trip to Pike County. Murfreesboro’s Crater of Diamonds State Park has been luring tourists to its kimberlite pipe since 1906, and nowadays, visor-clad daytrippers saunter through the park’s lobby carrying sifting screens, eager to turn the fruits of a 100-million-year-old volcanic vent into assets of the highest liquidity. Given all that, Diamonds Old West Cabins seem like the next logical conclusion. The roadside row of cabins is the perfect caricature of an Old West frontier town, giving you the feeling you’ve stepped a few yards off of state Highway 19 and straight into an episode of “Gunsmoke.” Each cabin bears its moniker across its facade: Saloon, Livery, Miss Kitty’s, Bank, Blacksmith, Sheriff’s Office/Jail. Thematic commitment is devout, but not constraining: The property also boasts a pirate ship-themed playground, a horse-trot pedal car track, a giant community teepee for communal s’mores-making, oversized music chimes, a horseshoe toss, occasional foam parties (“Five feet of hypoallergenic suds!” “The Great Diamond Wash!”) and a tiny building whose floor is covered in a foot or so of dry corn kernels, hailed on the Diamonds Old West website with feigned incredulity: “Corn Pit? Yes! A Corn Pit!” 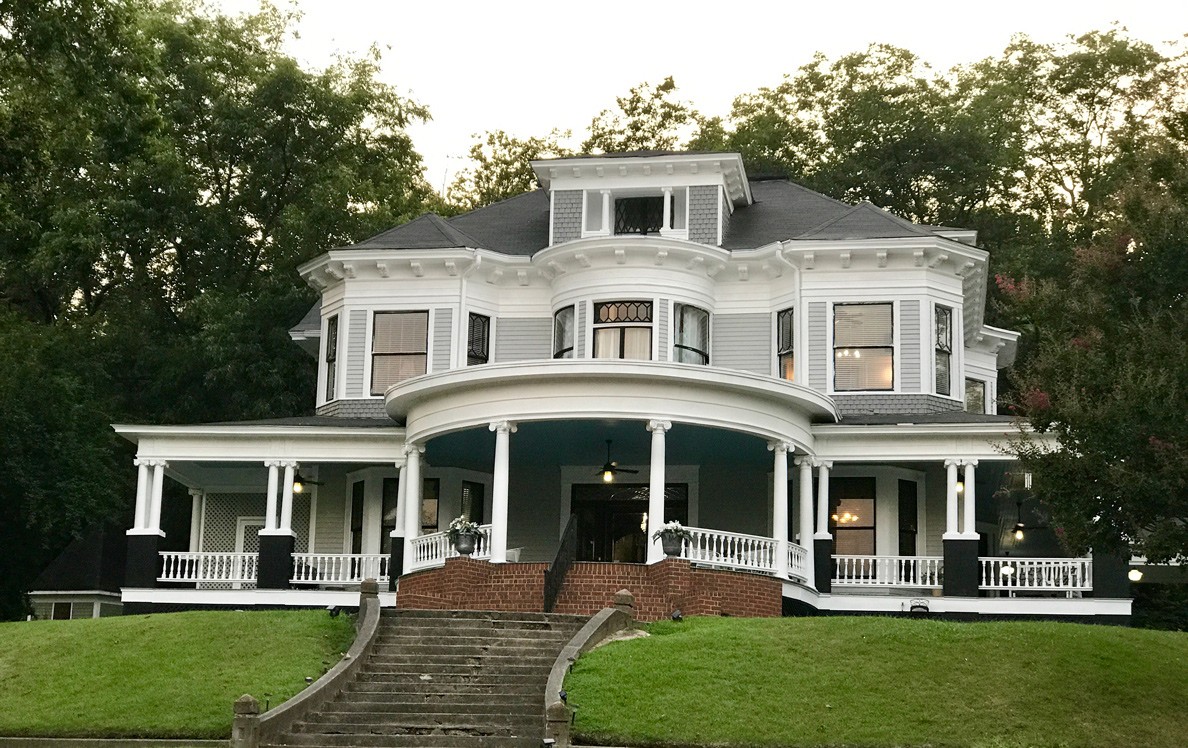 FOR THE EDWARDIAN FAN: The Edwardian Inn in Helena-West Helena is a stately place to spend a night.Edwardian Inn
317 Biscoe St., Helena

Helena-West Helena’s charms are many, but they are not lavish ones. The musty, storied storefronts on historic Cherry Street — the ones half-obscured by throngs of buskers and nomads hawking airbrushed crop tops during the annual King Biscuit Blues Festival — tell a story of the mercantile class. A few blocks away, at the Edwardian Inn, one can see how the other half lived, post-Reconstruction. Built in 1904 by cotton magnate William A. Short, the Edwardian Inn estate functioned as a boarding house, an alcohol rehabilitation center and a funeral home before being outfitted as a bed and breakfast in 1983. Two 1915 French Drop chandeliers greet guests in the lobby and cast a glow on the quarter-sawn oak paneling, an ornate oak staircase and stately wooden columns. The Helena Advertising & Promotion Commission notes that 36 different types of wood were used on the inn’s first floor alone. 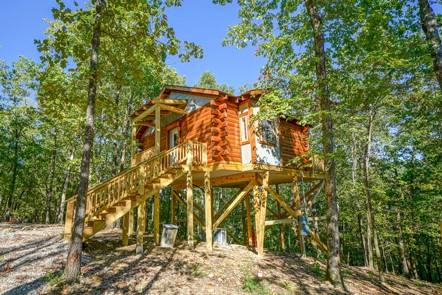 Along a forested ridge about five minutes outside of Hot Springs National Park, a trio of cabin rooftops poke their heads out of the fray of foliage. Inside are stately living rooms with high wooden rafters and outfitted with gas fireplaces and furnished with big comfy couches, all bathed in natural light. Each cabin has one bedroom with a luxurious king-sized bed; forest-facing decks have hot tubs. Oh, and for those averse to heights or unable to traverse treehouse stairsteps, the property also offers a creekside house — built in the 1950s and restored since, save for the vintage bathroom — with shiplap walls, a whirlpool tub, a private deck, three bedrooms and a full kitchen. Room rates, booked through the Airbnb platform, range $175-$185; not bad for private accommodations that promise spells in a hot tub under the moonlight. Travel is, after all, about perspective, and raising your eye level to the treeline of the Ouachita National Forest is a damn good start. 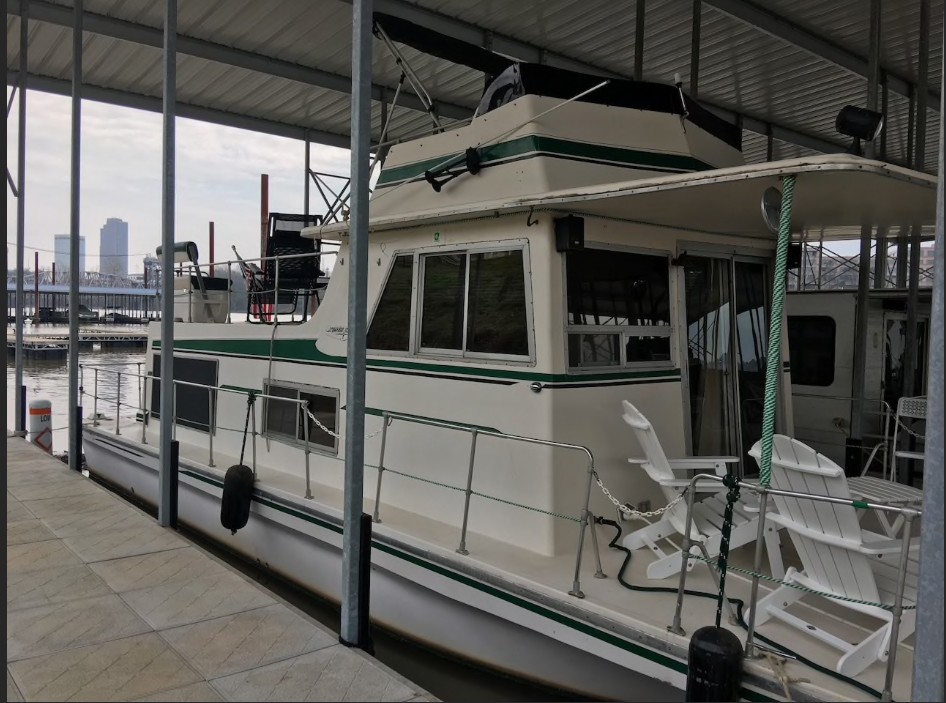 A NIGHT ON THE RIVER: The gentle waves of the Arkansas River will rock you asleep aboard the River Nights boats.River Nights and City Lights
North Little Rock
airbnb.com/rooms/23859338

For roughly half of what you’d pay at a downtown Little Rock hotel to peer out your window at the mighty Arkansas River, you could let its waves rock you to sleep. A trio of quaint, tidy riverboats is up on Airbnb, each of which docks in the Rockwater Marina on the North Little Rock side of the river. A quick search of listings in the area will turn up “River Nights and City Lights,” “Sleep on the Water Under Stars” and “Sundowner Bayliner” — all co-owned and managed by Ellen Sullivan. That first listing, on a boat Sullivan calls “Sundowner, Too,” has an upper floor “porch” to catch the sunrise or sunset, depending on your own circadian whims. For cyclists and hikers, the Arkansas River Trail, the Argenta Arts District and the River Market district are minutes away.